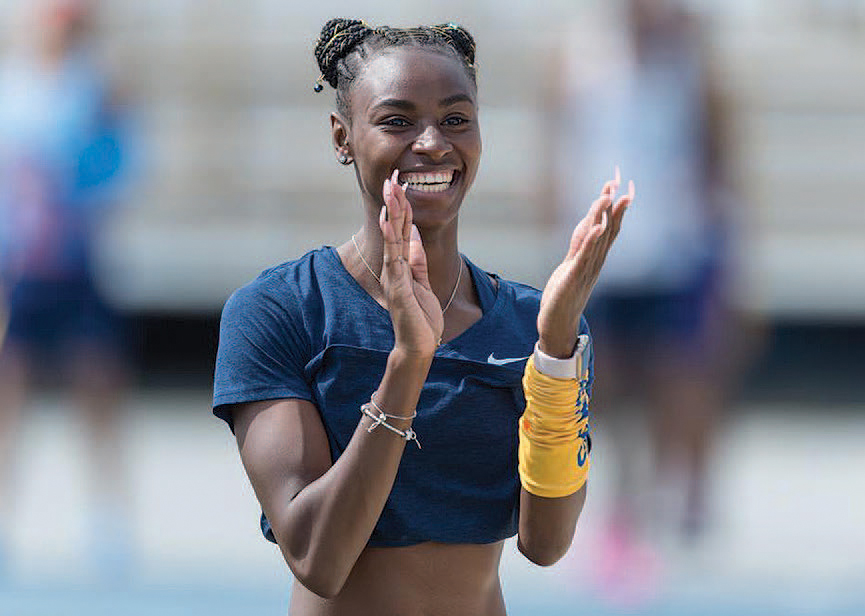 Kayla White is the fastest 200-meter runner in the world this year. Aggie Pride is worldwide.

The senior out of Miami ran against some of the best athletes in the country in the 200m fastest race at the prestigious Tyson Invitational hosted by the University of Arkansas at the Randal Tyson Track Center on Saturday (Feb. 9) during the second day of competition.

White blew away the field with the fastest time in the world this year, a 22.82 sprint to finish ahead of Alabama’s Tamara Clark who finished her race in 23.07. 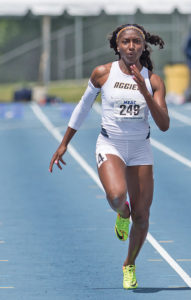 Kayla White, shown above, as she wins the gold in the 100m at the MEAC Outdoor Championship.

White is now No. 1 in the world, the nation and the Mid-Eastern Athletic Conference (MEAC) while also ranking nationally in the top-10 in two other events – the 60-meter hurdles and the 60m.

“She’s special,” said Duane Ross, N.C. A&T’s director of track and field programs said following White’s marvelous performance. “She was due to drop something fast. Her training has been going well and she’s hungry to be the best. I knew the race was won once she stepped into the blocks. Her focus and preparation were great this weekend.”

The men’s 200m fastest race was led by junior Akeem Sirleaf for the Aggies. Sirleaf finished second in 20.76 to break his personal record. He is now ranked 11th in the nation in the 200. Senior All-American Rodney Rowe placed eighth in 21.13. Rowe ranked eighth in the nation thanks to the 20.70 he ran last week at the Carolina Challenge.

N.C. A&T has one more meet before both the men and the women both go after their respective third straight MEAC indoor titles. The Aggies will head to Virginia Tech for the third time this season as they will compete in the Virginia Tech Challenge, Feb. 15-16. The following week, Feb. 21-23, the Aggies will head back to Landover, Md., in search of making more history.