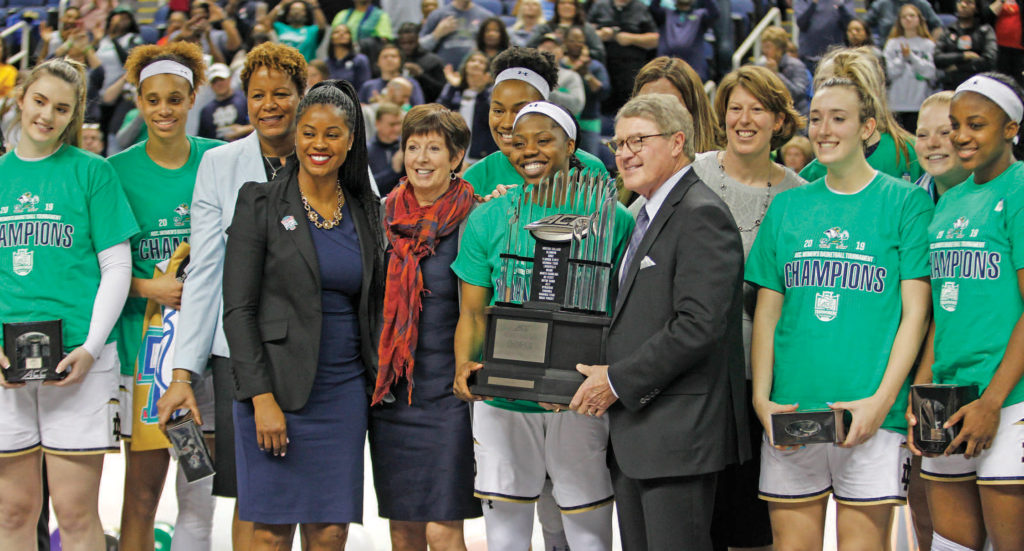 The defending national champs never trailed in beating the Cardinals for the second time this season and avenging their loss in last year’s ACC championship game — their only one in conference tournament play since joining the ACC in 2013-14.

Bionca Dunham scored 18 points and ACC player of the year Asia Durr finished with 15 for the second-seeded and short-handed Cardinals (29-3), who couldn’t keep the Irish out of the lane and struggled from long range.

Notre Dame outscored Louisville 72-40 in the paint while building a 44-29 rebounding edge. The Cardinals, the ACC’s second-best 3-point-shooting team, shot a season-worst 11 percent from long range and missed all 12 3s they tried over the final 25 minutes.