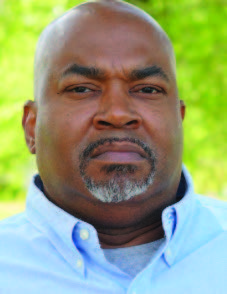 It was only a matter of time before even the Democratic White House would know N.C. Lt. Gov. Mark Robinson’s name, though not necessarily like what routinely comes with it.

“The role of a leader is to bring people together and stand up for the dignity and rights of everyone; not to spread hate and undermine their own office,” said White House Deputy Press Secretary Andrew Bates about the outspoken Black Republican’s recent controversial remarks calling the LGBTQ community “filth.”

“There is no reason anybody, anywhere in America, should be telling any child about transgenderism, homosexuality or any of that filth,” Robinson, 53, is seen on a recently released videotape saying to the congregation of Ashbury Baptist Church in Seabury last June. “And yes, I called it filth. And if you don’t like it that I called it filth, come see me about it.”

And for those who may agree with Robinson’s bigoted view, on the same video, he is seen calling supporters of Black Lives Matter “socialist liars and nitwits,” those who teach America’s true history of racism, “morons.” Indeed, Robinson is on record rhetorically going after “leftists” African Americans, Jews, and other groups with which he has political differences.

Yet, the Greensboro native and one-time factory worker has labeled himself “a man of GOD” who refuses to either apologize or resign for his blazing, divisive rhetoric.

“We will not be intimidated. We will not back down. We will not change our language,” Robinson said last Friday. “The language I used, I am not ashamed of it. I will use it in the future because, again, it is time for parents in this state to take a strong stand for their children.”

Last weekend, in response to the avalanche of criticism he received, Lt. Gov. Robinson released another video, standing by his earlier remarks, and showing examples of some books he alleged promoted “filth.”

“A pompous buffoon spewing hate and racist remarks,” opined a woman named “Brenda “ on Robinson’s Facebook page. “Yes, he has Black skin, so? I’m sick and tired of the hateful comments from an elected official towards any state constituents. He’s not ashamed of the filth that’s spread— calling it free speech and he doesn’t care who doesn’t like it. He’s a bully, treat him like a bully—stand up to his hateful rhetoric now. Saying nothing to curtail this devious political speech makes us complicit.”

In short, Lt. Gov. Robinson has willingly targeted anyone who doesn’t comply with his political and religious points of view. Even other Republican elected officials who have urged the public to get vaccinated for COVID-19 in the midst of a dangerous pandemic, Robinson said he wanted them “voted out of office.”

But this latest rhetorical controversy has placed Mark Robinson on the national political map more than ever before, helping him further build a predominately-White, conservative political base towards what could be his next run for office – most likely governor of North Carolina in 2024.

If not vice president of the United States.

“If he runs, he’s all but certain to be the Republican nominee,” state Sen. Jeff Jackson (D-Mecklenburg) wrote. “He is immensely popular within his party — and I imagine he still will be, even after this.”

“Lt. Gov. Mark Robinson is not a traditional political figure. But if he becomes the next governor, it will likely be because he can fit into a mold familiar in North Carolina politics: The education governor,” wrote Andrew Dunn in a piece titled, Mark Robinson: The next education governor?, from the online publication Long Leaf Politics on August 30th.

The writer suggests that Robinson is the voice of thousands of outraged parents across the state – “the majority” Robinson claims – who don’t like what their children are being taught in public education.

“For years, North Carolina’s education system has developed an insular self-righteousness and contempt for parents behind the solid brick walls of the schoolhouse. COVID-19 put cracks in the mortar,” Dunn wrote. “With children at home for more than a year, parents for the first time got a glimpse of what actually happens in public schools — and now they’re leaving in droves. It all may be enough to propel Robinson into the Executive Mansion in 2024.”

Robinson, literally a political unknown until 2018 when he spoke out for Second Amendment gun rights before the Greensboro City Council, later shocking the world by winning the 2019 primary for lt. governor, and then further sending shockwaves when he became the first African American in North Carolina history to be elected second to the governor, led a task force to prove that public schools were teaching “critical race theory” against the wishes of parents and administrators.

When the Republican-led N.C. General Assembly passed a bill based partly on Robinson’s work, Gov. Cooper vetoed it, dismissing their claims.

Amid calls for Robinson to resign for his recent remarks about the LBGTQ community, Cooper’s office continued to dismiss the lieutenant governor’s rhetoric.

“North Carolina is a welcoming state where we value public education and the diversity of our people,” said Jordan Monaghan, spokesman for Gov. Roy Cooper. “It’s abhorrent to hear anyone, and especially an elected official, use hateful rhetoric that hurts people and our state’s reputation.”

But one thing cannot be denied – Robinson’s plain speaking style has attracted a strong support-base ranging from Fox News to rank-and-file Republicans. He is in demand to speak across the nation, and he is seen as the bare-knuckled conservative leader many disgruntled with government have been waiting for, especially Trump supporters.

“It doesn’t matter to me what the definition of hate speech is,” Robinson recently told Spectrum News. “I said what I said, and I believe what I said. Many people across the state feel the same way.”

Apparently many do. Robinson is floating a “Stand With Lt. Governor Robinson as He Combats the Radical Left” online petition. There were over 8,200 signatures at press time.

Gov. Cooper reportedly cancelled plans to run for the U.S. Senate in 2022 because he did not want Lt. Gov. Robinson to take over in his absence. Cooper cannot constitutionally run for a third term as governor, meaning the most likely Democratic forbearer for the office is current low-key state Attorney General Adam Stein.

If Stein were to run in a head-to-head against a firebrand like Robinson, could he win? The November 2020 election showed North Carolina Democrats to be very weak.