What will happen in the Nikole Hannah-Jones vs. UNC drama? 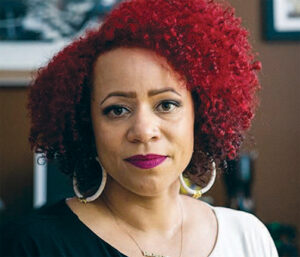 It has been two weeks now since the UNC Chapel Hill Trustee Board was given an ultimatum by attorneys for award-winning New York Times journalist Nikole Hannah-Jones to either give her tenure with their offer of employment at the UNC Hussman School of Journalism and Media, or else face a massive discrimination lawsuit.

But thus far, nothing has happened. The board has not formally met to consider the ultimatum, and as of press time Monday, no lawsuit on Hannah-Jones’ behalf has been filed.

Is there an unforeseen stalemate underway, or are attorneys for Hannah-Jones just cooling their heels while they gather as much legal firepower by way of emails, statistics and research necessary to prove beyond doubt that the reason why Hannah-Jones did not receive tenure as part of her employment package?
Hannah-Jones was hired to be the new Knight Chair in Race and Investigative Journalism, however political pressure has been wielded by right-wing conservatives on the UNC-Chapel Trustee Board to deny her tenure, because of her prior controversial, yet much much-heralded work on the NY Times 1619 Project – the 2019 long-form expose that documented how the cruel institution of American slavery signaled the true birth of the United States.

Many Republicans and conservatives – including former Pres. Donald Trump and N.C. Lt. Gov. Mark Robinson – have denounced the 1619 Project, claiming that it unfairly and inaccurately portrays U.S. history as being undergirded by racism, instead of unbridled patriotism and honor.

Laws here in North Carolina and across the country, have been either introduced or ratified prohibiting the teaching of any American or state history employing the 1619 Project.

The controversy involving Hannah-Jones and UNC-Chapel Hill is seen as a major embarrassment for the UNC System’s flagship school. There are reports that of the many professors and associate professors teaching at the university, African American professors hold the fewest number of tenured positions.
There are also reports that at least one heralded Black chemistry professor from the University of Maryland in recent weeks turned down an offer to teach at UNC- Chapel because of the Hannah-Jones controversy. Meanwhile, there are other reports citing sources stating that Black professors already at UNC-Chapel Hill are anxious to leave and teach elsewhere, feeling that the right-leaning board is too politicized to be trusted.

Hannah-Jones’ five-year term at UNC’s Hussman School is scheduled to officially begin on July 1st. The trustee board is expected to turnover with new members in July.

Whether attorneys for Hannah-Jones, who are reportedly speaking with UNC attorneys currently, are willing to wait until next month to either give the board the chance to resolve the issue, or go forward with their lawsuit, remains to be seen.

Journalist Cash Michaels covers state news for the Carolina Peacemaker. He is based in Cary.