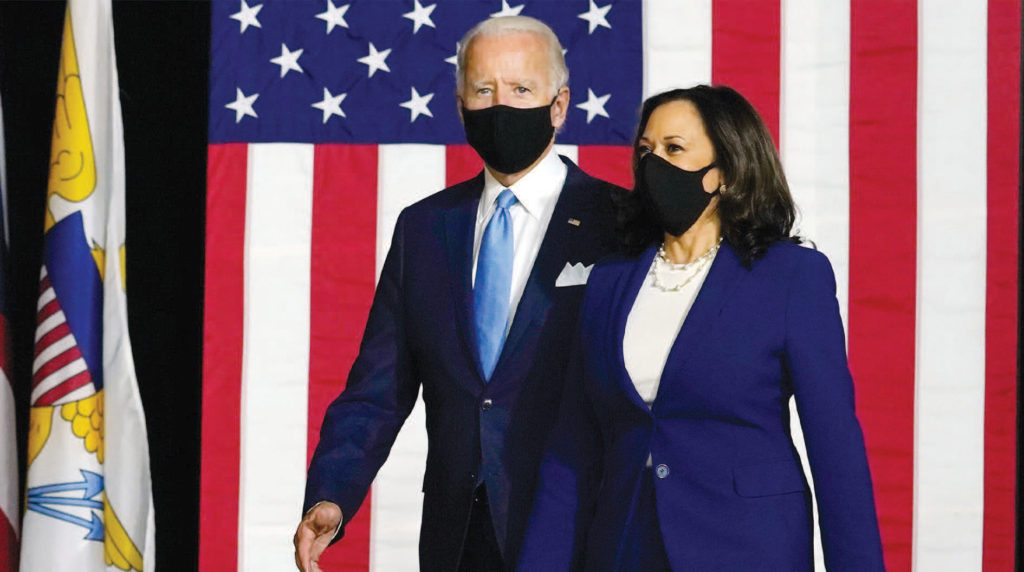 This week it was reported that a “Women for Trump” tour through North Carolina was kicking off, and Trump himself is visiting Charlotte today – his fifth N.C. trip in a month – and that was after the Republican president made a fly-in campaign stop at Fayetteville Airport last Saturday.

Meanwhile, Joe Biden made his first in-person foray into North Carolina with a visit to Charlotte yesterday, having limited the campaign to two virtual events last week.

The Joe Biden – Kamala Harris presidential campaign has made it clear that the COVID-19 pandemic has severely limited his ability to freely campaign in key battleground states like North Carolina, and yet, in a Sept. 18th non-scientific survey of voters on social media, the general feeling is in order to win North Carolina six weeks from now, and with the race in North Carolina between Biden and Trump a virtual dead heat, 47-47, the Democrat has to do more.

The question isn’t whether Joe Biden will get the lion share of the Black vote cast, but rather will it be enough to help him win North Carolina outright?

The question posed on Facebook was, “With less than 50 days to go to the election, what is the Joe Biden/Kamala Harris team doing wrong?”

The answers from both Black and White posters were striking.

Tom E. rhetorically asked of Harris, “Where has she been?”, suggesting Sen. Harris is not as visible on the camping trial as she should be.

Al L. posited, “Need to go to Pennsylvania, Carolina and Florida, and not just to the big cities, they need to hit the suburbs and outlying areas. Can’t let [Trump] out campaign them.”
Al later added, “Gotta do more and can’t stop.”

S. Annamarie warned, “Allowing the “socialism” message from the Trump campaign to steal the Latino vote.”

Vince B. didn’t mince words. “In my opinion, they are running one of the worst campaigns I have witnessed. Milk toast, softball play, defense marketing strategies that, quite frankly, makes the entire Democratic Party look weak. So many issues to attack 45 [on], and I have yet to see one of any substance or one that makes me feel a certain way.”

Diann F. wrote, “They need to go to the swing states and talk to the people. Don’t let 45 steal Latino votes with lies. Fight. We know there’s a pandemic but be safe and get out there like they want the job. Assume nothing.”

Q. Monique E. said, she didn’t think Biden and Harris were “screwing up…”, but “they are not delivering the message that solves the problems. All the advertising is about vision. You can’t give a hungry person a picture of food. They must actually be given food.”

She continued, “It feels like the Democrats aren’t able to fight the Republicans because when they look across the table at them, they share more in common…than they actually share with their Democratic voters….”

Corona CK. wrote, “Rural area’s outreach needs to improve. I view the Trump outreach in my area from car and boat parades, voter registration campaign outreach from the Republicans, National Democratic Party needs to spend more in the South.”

Other comments suggested that the Biden-Harris campaign needs to “get out more” find a way to appeal to the “uneducated” Trump voter; do a joint campaign rally with Gov. Cooper and other state Democrats; and talk more about saving Medicare and Social Security.

Representatives from the Biden-Harris campaign vow that the candidates will be more visible across the state in the coming weeks.