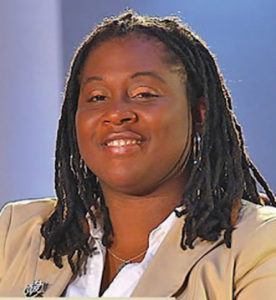 Virginia Union University’s Athletic Director, Felicia Johnson, has been named to the nominating committee of the Women Leaders in College Sports.

“I am extremely delighted to be selected to serve on the Nominating Committee,” said Johnson. “It’s truly an honor to continue supporting the great work of those women leaders that laid the blueprint before me. Women leaders in college athletics are an essential component to all programs as we develop, connect, and advance women leadership in intercollegiate athletics. I look forward to the duties and responsibilities needed to serve on this distinguished committee.”

The membership has elected the following to serve on the Nominating Committee along with Johnson: Sarah Dehring, director of athletics at Alma College; Maggie McKinley, executive senior associate athletics director/senior woman administrator (SWA) at University of Cincinnati; and Ashley Reid, associate athletics director/SWA at The College of Wooster. These four will serve on the committee for a two-year term with the opportunity for re-election to a second, two-year term before rotating off the committee for at least two years.

Johnson is entering her second season as the athletic director at VUU. The Mappsville, Va. native is a 2003 honors graduate of Virginia Union University, where she earned her Bachelor of Science in Management Information Systems. During her undergraduate tenure at VUU, Johnson lettered in volleyball, softball and bowling.

In 2007 Johnson earned her Master of Science Degree from Virginia Commonwealth University in Sports Leadership. She is a member of Delta Sigma Theta Sorority, Incorporated.