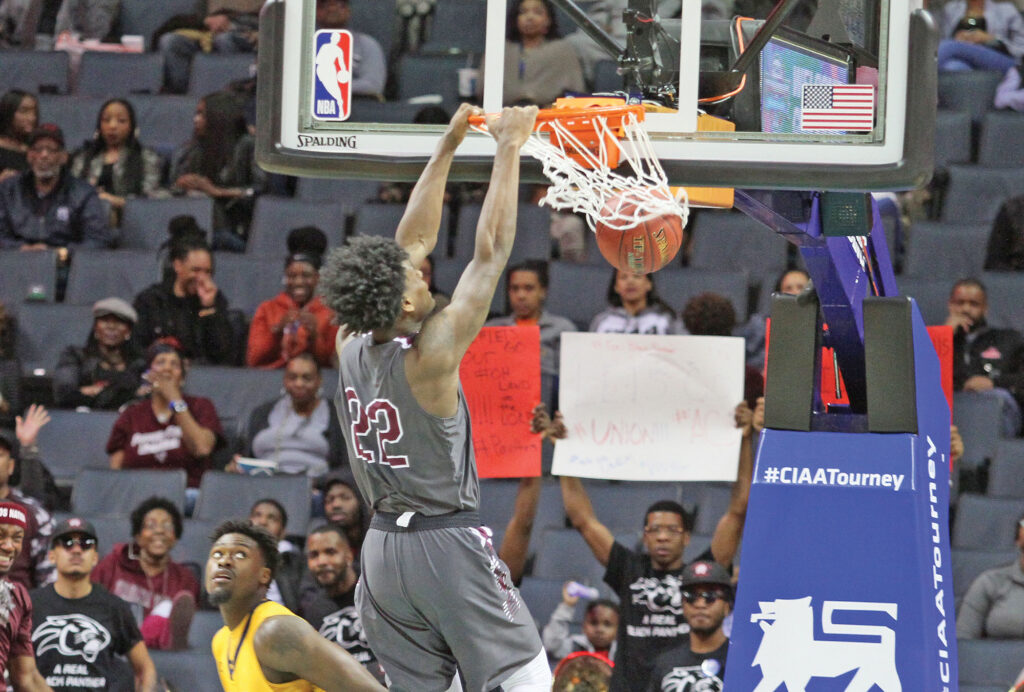 William Jenkins, a Va. Union sophomore forward, had a double double with 16 points and eleven rebounds in the championship game against Johnson C. Smith University

With the victory, Virginia Union is now the fifth team since 1975 to have both the men’s and women’s teams to claim the title in the same year; while receiving the CIAA’s automatic bid to the 2018 NCAA Division II Tournament. The last team to pull of the men’s and women’s sweep was Shaw University in 2011.

By the end of the first half, Va. Union led by as much as eight, while out-rebounding the Golden Bulls, 24-14.

The second half would be all Union as the Panthers opened up the stanza with a 19-7 run to lead 55-36 over Johnson C. Smith with 11:16 left in regulation. The Golden Bulls trimmed at the deficit with a 3-point play from junior forward Roddric Ross but Union’s lead ballooned as they outscored Johnson C. Smith, 46-24 and cruised to victory.

Senior guard Robert Davis was the only Golden Bull to reach double digits in scoring. He finished with 12 points, three rebounds and three steals.

Va. Union’s Kory Cooley and Hughes were named to the 2018 All-Tournament team. Cooley was also selected as the tournament’s Most Valuable Player.

The Lady Panthers sustained their intensity throughout the second quarter, taking a 32-16 lead into the locker room, but the Bulldogs kept their poise.

VUU senior forward Rachael Pecota led all scorers with 28 points on (9-of-17) shooting and added 10 boards in the win. Tournament MVP Alexis Johnson (a senior forward) notched her 10th double-double of the season, recording 21 points and 18 rebounds off the bench.