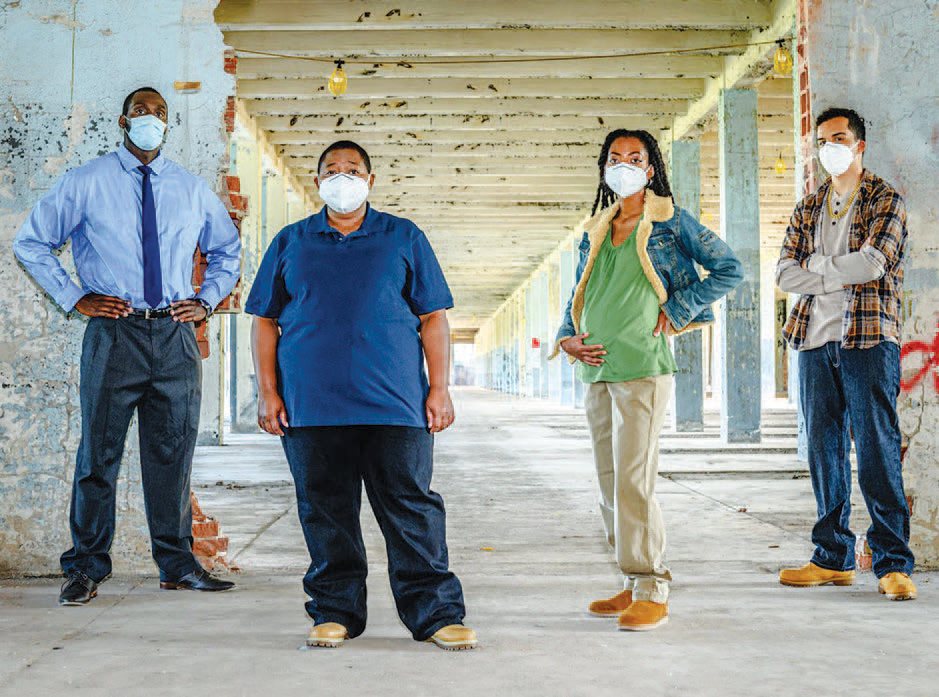 The play centers on a small group of factory workers known as a skeleton crew.

The Fall 2020 UNCG School of Theatre season continues with a production of Skeleton Crew by Dominique Morisseau.

The play follows a group of working-class people fighting against the establishment as they face opposition, economic inequality and gun violence. Skeleton Crew is the third play in a group of Morisseau’s works dubbed The Detroit Projects, all of which engage issues within and around the eponymous city through different flashpoints in time. All three plays in the cycle have received numerous accolades having been produced across the country at such venues as the Public Theatre and the McCarter Theatre. Skeleton Crew is set during the 2008 economic recession, an era in which the automotive and manufacturing industries in Michigan were particularly hard-hit—although the themes still strongly resonate during our current pandemic-inflicted recession.

The play centers on a small group of factory workers known as a skeleton crew. Director Mya Brown aims to provide the audience with a realistic representation of the lives and choices these characters make throughout the play. “I am a sucker for a character-driven play,” Brown said. “Skeleton Crew isn’t about spectacle, it is all heart.” Noting that the current economic situation will hit home for many viewers, Brown adds: “I yearn for the opportunity to tell stories that will resonate with the community and inspire self-reflection. This play asks the audience to consider others for the greater good. I find honor in giving life to that message.”

A virtual Frame/Works discussion related to the play will take place at 7 p.m. on Monday, Nov. 9. Zoom meeting information will be shared with ticket buyers. The discussion will focus on the themes of gun violence, the 2008 recession, revolutionary advocacy, and modes of direct action against systemic oppression. This will be a great opportunity to explore the significance of the play and its relevance today. Join in for an exciting conversation about real-world issues and possible solutions to overcoming them.