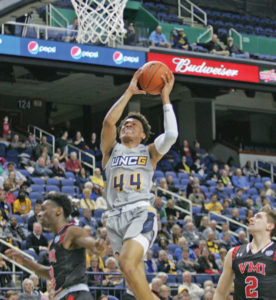 In the first half, UNCG’s Demetrius Troy, led in scoring by tying his season-high with 13 points on 5-of-7 shooting. He finished the game with 20 points, tying a career-high. In the second half, the Spartans outscored the Keydets 50-33. VMI was held to just 20 percent from three-point land after the Keydets made eight from behind the arc in the first half. During the frame, sophomore guard Isaiah Miller and senior guard Francis Alonso each scored 11 points.

The Spartans will hit the road to face UT Chattanooga, Saturday, Feb. 9 at 7 p.m.