UNCG gets the job done with defense 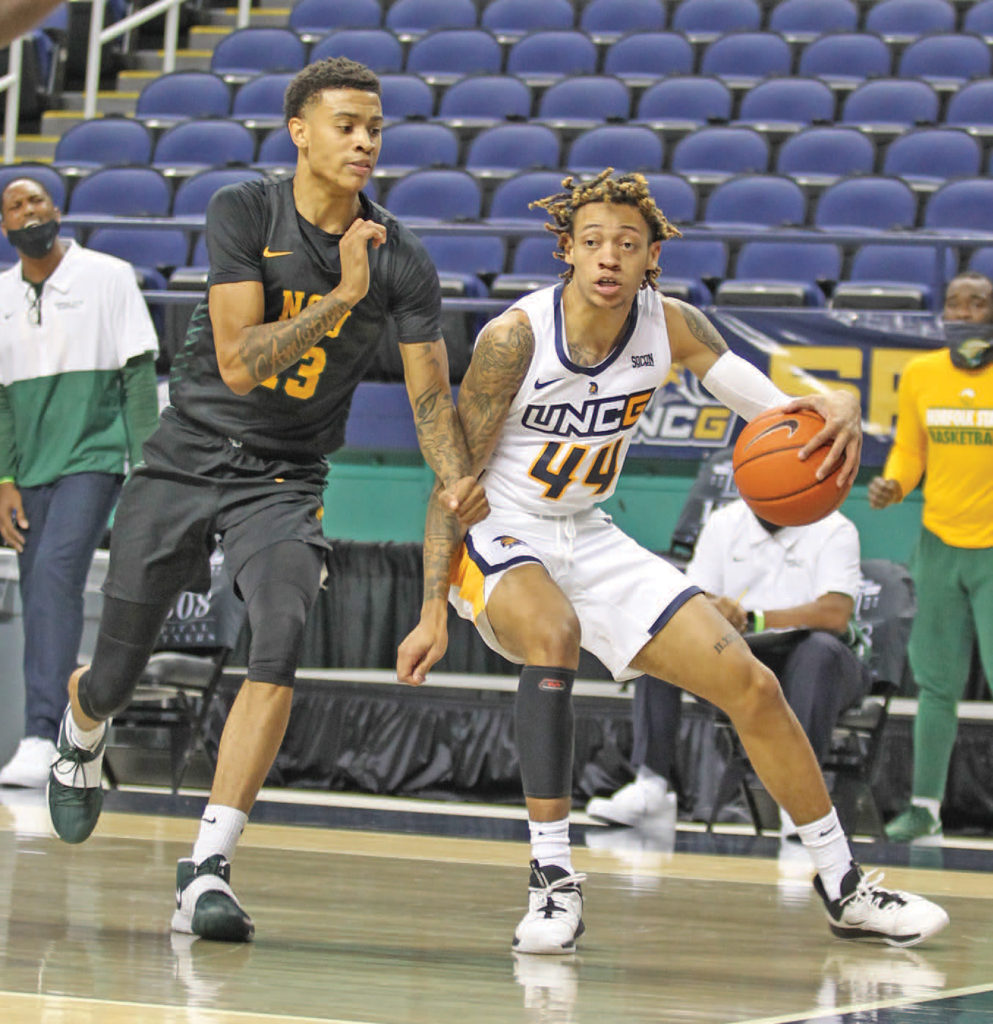 Kaleb Hunter, a UNCG junior forward, finished with 16 points and 11 rebounds in the Spartans’ win over Norfolk State Sunday in the Greensboro Coliseum.

The UNC Greensboro (UNCG) men’s basketball team leaned on its defense to squeeze out a 64-47 victory over visiting Norfolk State in a non-conference contest at the Greensboro Coliseum Sunday afternoon.

UNCG’s defense was fantastic, especially in the second half. Clogging driving lanes and relentlessly surrounding ball handlers, UNCG reduced Norfolk State’s offense to an ineffective fog of frustration and confusion by limiting the visitors to 20 points on 23.8 percent shooting.

The home Spartans set the tone immediately in the second half when they blasted out of the locker room by transforming two steals into five points. Not just any steals. Live ball steals that led to consecutive fast break baskets from Keyshaun Langley and Mohammed Abdulsalam, helping UNCG regain its defensive swagger.

“It feels good to be back in the win column,” UNCG head men’s basketball coach Wes Miller said. “We had lost three straight games, so it hadn’t felt real good lately. I am proud of the guys for finding a way to win a game. That’s a pretty good basketball team that we beat.

“We got back to looking like ourselves tonight. I feel like we guarded tonight with more energy, ferocity and passion. Isaiah Miller set the tone defensively for us tonight. His defensive energy was there from the first possession.”

Miller became the ninth player in UNCG history to top the 1,500-point mark for his career. This feat was accomplished with 10 minutes, 28 seconds remaining in the first half on a foul shot at 2:28 p.m. Eastern Standard Time.

Later in the game, Miller moved past Yusef Stewart and into eighth on UNCG’s all-time scoring list when he put home a missed shot. He has 1,516 career points and 253 steals. Miller also enhanced his performance with six rebounds and five assists.

“It’s an honor to score 1,500 points,” Miller said. “I never thought I’d score that many when I started my career here, but here I am.”