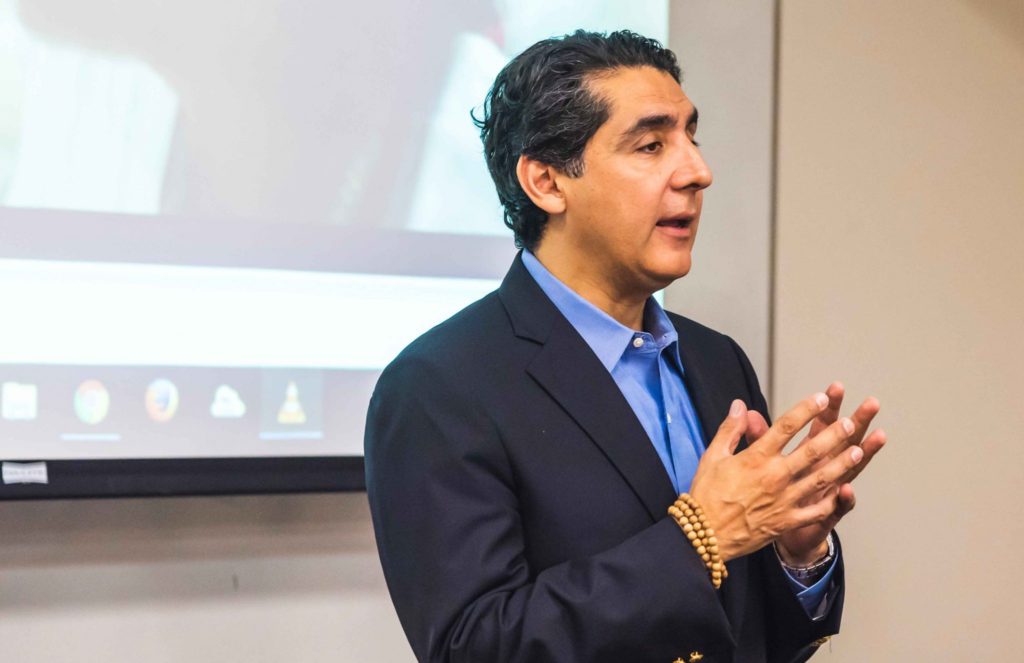 Dating to 1808, L’Ordre des Palmes Académiques was established by Emperor Napoleon I, making it one of the oldest civil honors bestowed by the French Republic. It is given by the French Ministry of Education to distinguished academics for valuable service to the expansion of French culture in France or the rest of the world. The order has three ranks: knight, officer, and commander.

Ali was recognized for his “tireless, selfless and truly inspiring commitment to Franco-American friendship.” He serves as Inspecteur Délégué of History-Geography for the French Ministry of Education’s International Baccalaureate. Through this position, Ali works with history and geography teachers from around the world, including French-American schools and Lycées Français across the U.S., Canada, France, South Africa, England, Ireland, South America, Japan, and China.

The selection process was years in the making, according to the French Embassy, whose Chef de Service des Établissements Scolaires nominated Ali. French Ambassador Philippe Etienne gave official notification to Ali of his appointment. It is the first time in UNCG’s history that this honor has been bestowed to one of its faculty members by the French government.

“At the heart of learning in classrooms all over the world is the dedicated work of instructors who pique the curiosity of their students and relate to them as capable of stretching and growing,” said Ali. “And they do this every single day. It is the teachers who deserve high praise for helping students see multiple historical perspectives and envision a better world for all. The teachers inspire me, as they do their students.”