Unarmed Blacks continue to be killed by law enforcement

It has been over a week since a Minnesota jury convicted former Minneapolis police officer Derek Chauvin of murdering Fayetteville native George Floyd, but the reverberations continue to be felt even here in North Carolina. 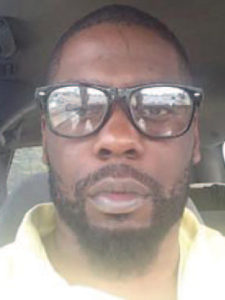 While both the sister of Floyd, and the brother of the prosecutor who pursued Floyd’s cop murderer – both North Carolinians – react to the conviction, citizens across the state continue to express outrage in the aftermath of the controversial police killing of Andrew Brown in Elizabeth City a day after the Chauvin conviction, casting a cloud over whatever hope many had that the Floyd verdict would be a turning point in police abuse of Black people.

“Justice would be for Derek [Chauvin] to get the maximum sentence for each charge,” Bridgett Floyd, sister of George Floyd, told CNN’s Anderson Cooper last week from Fayetteville. Chauvin, found guilty of second-degree unintentional murder (maximum 40 years in prison); guilty of third-degree murder (maximum 25 years) and second-degree manslaughter (maximum 10 years). Observers note that under Minnesota’s sentencing guidelines, the convicted police officer could get far less time behind bars from the judge when he is sentenced June 16th, but there are aggravating circumstances to when Chauvin maintained his knee on George Floyd’s neck for nine minutes and twenty-nine seconds, and those factors can push his sentence towards the maximum.

“I do believe my brother’s (death) has made an impact on the world going forward,” Bridgett Floyd added.

Winston-Salem criminal defense attorney Eric Ellison is proud of his older brother, Minnesota Attorney General Keith Ellison, a former U.S. Congressman who took the prosecution of Derek Chauvin and the three other officers involved in George Floyd’s death out of the hands of the local Minneapolis district attorney, and successfully led his team to one of the rare times in American history that a police officer was convicted for the murder of an African American citizen. 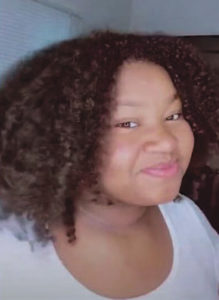 Ellison told CBS’s “60 Minutes” Sunday that he was not sure his team would win the case, but Eric Ellison says he had faith that his brother could find justice for the Floyd family.

“When we let these local prosecutors prosecute these police officers who they work with, have meetings with and have relationships with every day, justice gets skewed because these officers are their friends,” said Eric Ellison, who is also the former chair of the Forsyth County Democratic Party.

Eric Ellison went on to suggest that laws be passed that require either state attorneys general or federal prosecutors take on police brutality cases. Ellison added that the successful Chauvin conviction could be just the “stimulus” needed for further police reform across the country.

He said he did not know whether his brother would prosecute the police officer charged with second-degree manslaughter in the April 11th traffic stop slaying of 20-year-old Daunte Wright, but Ellison added that he would not be surprised if he did. 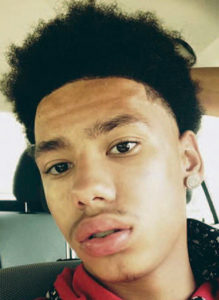 Meanwhile, as North Carolina and the nation contemplate what will happen next in the Chauvin case and the fatal police shooting of Daunte Wright, all eyes are on Columbus, Ohio in the police shooting death of the 16-year-old Ma’Khia Bryant, which happened just before the Chauvin trial verdict was reached, and the April 21st police shooting death of Andrew Brown Jr. in Elizabeth City, Brown was allegedly shot in the back as he drove away from several law enforcement officers serving an arrest warrant on him. He reportedly did not have a gun. As a result, three Pasquotank County Sheriff’s deputies have resigned from the force, and seven other officers involved in the shooting have been relieved of duty. Peaceful demonstrations have taken place each day as citizens, local officials and even the mayor and Gov. Cooper, called for release of body cam video to reveal what exactly happen.

Brown’s family and attorneys saw 20 seconds of the video Monday, calling what they saw an “execution,” and that Brown had both hands on the steering wheel of his vehicle at all times while officers around him fired their weapons.

Brown’s vehicle hit a tree, where he was pronounced dead at the scene.

An autopsy commissioned by the family on the body of Andrew Brown Jr. revealed that he was hit five times by police bullets – four times in the right arm, and one shot to the base of his skull, what family attorney Ben Crump calls “the kill shot.”

Elizabeth City has a declared a state of emergency in anticipation of unrest in the aftermath of the video’s release.