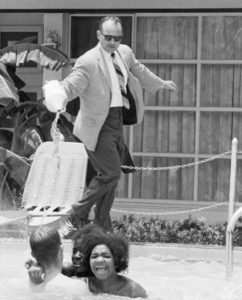 On June 18, 1964 motel manager James Brock pours acid in the pool as both Black and White kids swim together.

Temple Emmanuel of Greensboro recently hosted two virtual events featuring two retired rabbis who currently reside in the state of Montana. Both have actively fought and are still fighting for civil rights and social justice.

The first was rabbi and civil rights leader Allen Secher, began his talk with a story about being arrested in front of the Albany, New York courthouse in the 1960s for protesting with other rabbis and Black civilians.

After being arrested and taken to jail, he said they succeeded at one thing that night. “We integrated the jail. The guards didn’t even realize they were doing it but they put Blacks and Whites in the same cell.”

Secher returned home to his synagogue and got a call while leading a youth group one night. He was asked to come and protest with Long Island Fair Housing Development against a new housing complex that would not sell homes to Black couples.

That’s when he got an idea. He asked the kids in the youth group if they were interested in coming. If their parents said they could come, he would meet them at the synagogue the next morning. 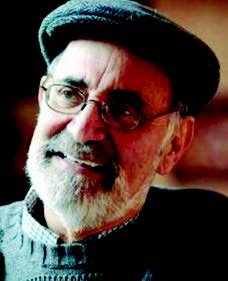 Nine kids called to say they were on for the protest and then a 10th call came from the president of the congregation. He told Secher that he could not bring the kids to the protest and stumbled on his reasoning and ultimately held strong that they couldn’t go as synagogue members.

Secher ended up going with the kids, but they did not associate themselves with the synagogue while at the event. The next night, Secher told the synagogue members about the prior evening’s events and called out the president. “I only lasted one year in that congregation,” he explained.

About three months later, Secher was invited to a dinner party where he met Martin Luther King Jr. Little did he know he’d be marching with King several times in the following years.

The first was in 1964, when King asked a group of rabbis to go to St. Augustine, Florida and help with integration efforts. Secher assembled 16 rabbis which included civil rights activist Israel (Si) Dresner, and they flew to St. Augustine.

Secher and the group were met by the Klan and followed until they reached the Black section of St. Augustine. There, they met up with King as well as civil rights leaders Ralph Abernathy and Andrew Young Jr. and began their march.

Despite a demonstrator being shot while marching through one of the White neighborhoods, the clergy members continued to march through White and Black neighborhoods night after night.

Secher said, “It was the scariest couple of hours of my life.”

Part of the group went to Woolworths to integrate the lunch counter, another part went to Monson’s Motor Lodge and a third group, of which Secher was a part, went to a former slave market and led a prayer service when something surprising happened. 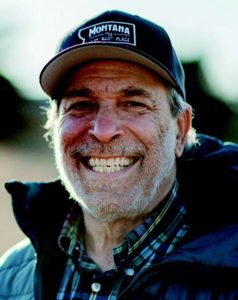 A car pulled up and out spilled five to seven Black and White teenagers in bathing suits. They ran and jumped into a nearby pool. All the White swimmers leapt out. The manager, James Brock, unsure of how to solve this problem, began pouring acid into the pool. But the kids did not get out. Little did Brock, the kids or the onlookers know, the type of acid he used was water-soluble, so it didn’t affect the kids at all. “I thought they were so courageous,” said Secher.

He concluded the presentation by saying that their efforts in St. Augustine did make a difference but they only partially succeeded. While the beaches, schools, restaurants and motels became integrated, the community changed its voting system using a political trick to negate Black votes. The idea is that if there are not districts and there is a White majority, it would be difficult, if not impossible to have a Black person elected to council.

“That means there’s still more fighting to be done,” he added.

Serving on the judiciary committee, Stafman sees controversial bills supported by people opposed to getting a COVID-19 vaccine, to those wanting Montana to secede from the Union.

The latter bill, supported by the conservative majority of Montana’s House and Senate, has already passed both houses and is now on to the governor.

Stafman has been able to pass two bills: one praising essential workers during the pandemic and another which creates a rotating PPE (personal protective equipment) stockpile for the next emergency.

So how is his Jewishness and status as a rabbi played out in legislature?

One example is prayer. He attempts to connect with his conservative colleagues in a way they understand—religion.

He also tries to remind his colleagues that, though they claim to fight for freedom, there cannot be freedom without responsibility. For example, Stafman asked some of his colleagues, who support anti-LGBTQ+ legislation, what makes them want to discriminate against these people?

“Almost all said the same thing,” Stafman recalled. “They say LGBTQ+ people are persecutors and they cite the baker who won the case when he refused to make a cake for a gay couple.”

He concluded by saying that he recounts all of this not to criticize his colleagues but to explain what he’s up against as a progressive in Montana. And for that reason, he says he’s not optimistic — because that’s just thinking things will get better. Instead, he’s hopeful, because hope is working to make things better, even if your impact is limited.

“Father Richard Rohr, a Franciscan priest, talks about the intersection of politics and religion,” Stafman explained. “He says the problem is, most people begin process with political ideas and then try to fit religion into that. But then he says, what if we went deep inside and got connected with that piece of you that’s connected with the holy one first, then fit our politics into that? I’ve been trying hard to come from that place inside and let that inform where I end up.”