Two months to go, Beasley/Budd in a dead heat

Call it a horse race if you’d like, but the high-profile U.S. Senate race between Democrat Cheri Beasley and Republican Ted Budd to replace outgoing GOP Sen. Richard Burr is at a virtual tie, according to most polling and professional experts. The winner could help decide which party takes control of the U.S. Senate in the 118th Congress, starting Jan. 3rd.

Currently, the Senate is evenly split 50-50, with Democratic Vice President Kamala Harris casting the deciding vote on some issues. Thirty-five seats are up for grabs. 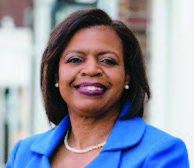 What’s key here is that Thursday, October 20th begins North Carolina’s One Stop Early Voting balloting, so exactly when that debate is scheduled would be essential for both campaigns.

Beasley, a former chief justice of the North Carolina Supreme Court, has spent the summer running television ads to build her image as a moderate; campaigning across the state, especially in those rural areas that traditionally vote conservative, and of course fundraising for that down-the-stretch-to-the-finish-line run she will make to November 8th in hopes of being elected the first African American ever to serve in the U.S. Senate from North Carolina, and the only Black woman to serve there currently.

Beasley has reportedly raised twice as much campaign funding as Budd.

For his part, Ted Budd, the Trump-endorsed “conservative warrior,” three-term Republican congressman from the 13th District, and a gun shop owner from Davie County, has run a comparatively low-key campaign, to the consternation of many observers in his party. He started late running commercials against Beasley, and has done little to negatively define her.

The commercials you have seen negatively define Beasley are sponsored by 501(c)4 conservative groups like the Club for Growth and the Republican Leadership Fund, which technically and legally have no connection to the Budd campaign. 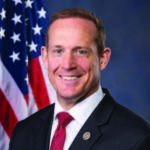 Budd has also been fundraising and is expected to furiously go after Beasley as the clock ticks closer to Election Day. He has said he’ll spend more time campaigning in the coming weeks, and has already, in television ads, indirectly gone after Beasley by blaming Pres. Biden for rising inflationary prices.

Budd claims if she is elected, she will support the Democratic president’s inflationary policies.

Some Republican analysts fear that he’s waiting too long though, and allowing Beasley to deliver her message unfettered to voters before he can forcefully weigh-in.

The goal for both is to attract a lion’s share of unaffiliated voters, a group which outnumbers both Democrats and Republicans across the state. In North Carolina, thought to be a “purple state,” unaffiliated voters are believed to lean conservative, and if so, Budd may seemingly have an advantage.

Except for one issue which is giving Republicans across the country headaches – abortion; most Democratic candidates since the recent unpopular U.S. Supreme Court decision overturning Roe v. Wade have made championing a woman’s right to choose their leading campaign issue, and Beasley is no different, though she’s been careful not to sound too radical about it. It has given her a boost in the polls, observers note, thus tying the race.

In her campaign, Beasley has done everything she can to maintain a moderate image. She has not allowed herself to be photographed with either Pres. Biden or Vice Pres. Kamala Harris when they individually visited North Carolina in recent months. Both are polling well below 40 percent in the state, and Beasley doesn’t want to give the Budd campaign any images it can exploit to smear her with Biden or Harris’ unpopularity.

It’s reportedly paying off. Cheri Beasley is running unexpectedly stronger than most campaign watchers expected, and it’s showing in her improved favorability ratings.

Now that summer is over, prepare for maximum mudslinging to begin shortly in the Beasley-Budd U.S. Senate race.