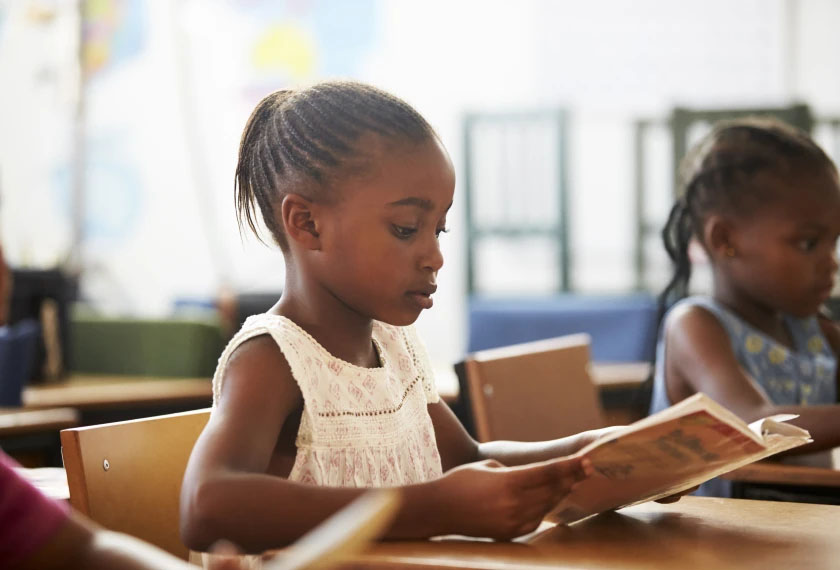 While academic gains for many North Carolina fourth and eighth graders dropped substantially in the latest National Assessment of Educational Progress (NAEP), the figures for Black students are far worse.

The NAEP is given every two years nationally to measure academic progress in math and reading for some fourth and eighth graders. Released Monday by the U.S. Dept. of Education’s National Center for Educational Statistics, the NAEP scores this year show North Carolina students’ scores are the lowest they’ve been since the late 1990’s.

The NAEP was postponed in 2021 because of the coronavirus pandemic, so this year’s results measure the lack of achievement post pandemic.

“The results for North Carolina are the latest evidence of significant learning loss during the protracted pandemic, which forced schools to transition to remote instruction beginning in March 2020, with many schools across the state suspending in-person classroom learning through much of the 2020-21 school year,” stated N.C. Schools Supt. Catherine Truitt in a press release.

The story is no better for the state’s reading average. Fourth graders dropped five points, the eighth-grade drop, six points.

None of the above speaks well for how North Carolina’s Black students fared on the latest NAEP reading and math tests. In fact, experts say, the results show a clear widening of the racial achievement gap.

In reading, Black fourth-grade students dropped an average of 10 points since 2019, sliding them down to their lowest levels since 1998.

White fourth graders only dropped three points. That means the gap in reading between White and Black students is back at the 1998 level of 30 points.

“We have made strategic investments to try to address these concerns, including providing professional development for 44,000 elementary school educators in the science of reading. We’ve also identified targeted interventions to address learning loss specific to transitioning students – those moving from elementary to middle school or middle to high school,” said Truitt.

Nationally, fourth-grade math scores have dropped five points since 2019, to the lowest they’ve been since 2003. Math scores for eighth graders are worse, dropping eight points, the lowest since 2000.