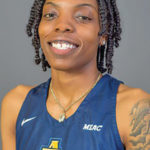 Winters won her second weekly award in her career. Tucker won her first.

The MEAC named Winters player of the week on Dec. 22. She earned the honor again on Jan. 3 after putting together her second consecutive 20-plus scoring performance as she recorded 21 points on 9-for-17 shooting in a 102-36 win over Averett. She also recorded seven rebounds, two assists and four steals.

“I’m happy to hear that Deja was announced player of the week again,” N.C. A&T coach Tarrell Robinson said. “She has put together another great performance, and I’m hoping she remains consistent as we enter conference play.” 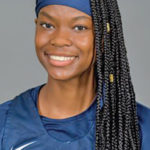 Tucker and fellow freshman guard Asjah Inniss each had six steals against the Cougars on Sunday. Tucker also posted five defensive rebounds. On the offensive end, she scored 16 points on 6-for-7 shooting and dished out five assists.

“This is exciting news for D’Mya,” Robinson said. “One of the things that I am consistently on her about is her defense. This recognition should give her the confidence that she can be a great individual and team defender.”

Tucker has scored in double-figures in all three games this season, averaging 13.3 points. She leads the league in shooting at 72.7 percent (16-for-22), ranks second in steals (2.3) and eighth in scoring.