True concern for the children of Marcus Smith 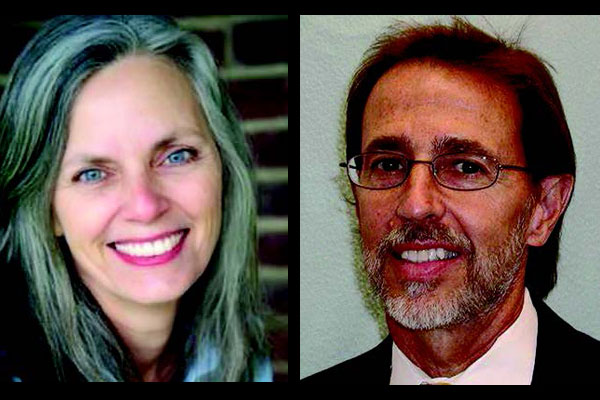 Being honestly concerned about taking care of Marcus Smith’s children is reasonable but in reality, the Greensboro City Council has no legal say on whether they can legally receive any settlement or judgment proceeds.

Smith was a 38 year old African American man who was killed in September 2018 from what the N.C. Medical Examiner ruled a “homicide.” Homeless at the time and in a mental health crisis and asking the police for help, Smith died while in police custody after being “hogtied” with a RIPP Hobble restraint and placed face down on the pavement.

When a person dies without a will, as did Marcus, the deceased’s assets, if any, go through Guilford County probate court for determination of who are the legitimate heirs. The probate court judge must follow the North Carolina statute that deter-mines priority of which family members receive assets in the estate; the judge can-not choose who seems most deserving or needy.
If the probate court rules there are one or more children, then the children receive all assets – to the exclusion of both parents. If the court determines there are no children, then Marcus’s parents would be granted all assets in the estate.

At present, there are no assets in the estate. But any settlement or judgment in the federal lawsuit would by law have to be deposited with the probate court to be distributed as described above.

Mary Smith, who is the Administrator of the Estate and in that capacity filed the fed-eral lawsuit, is bound by law to deposit any settlement or judgment won in the law-suit with the probate court. Neither she, nor her husband George, can run off with any of that money, as some city officials seem to imply. Further, city officials and their lawyers do not have any say or role in deciding who should get proceeds from the Estate; the state statute makes that determination. Finally, city officials and their lawyers do not get to be involved in the probate hearing to determine whether Marcus has children.

Mary Smith, through her federal court lawyers, has stated twice in writing (once in August 2020 and again on December 2, 2020) that she will fairly share any settlement or judgment with Marcus’ children even if the probate court rules there are no legally legitimate children of Marcus. She is not legally required to share that money with the children and offers to do so out of concern for the children Marcus loved. This is important because state laws make it very difficult in probate court to “legit-imate” children after the father is deceased unless the father claimed them in writ-ing during his life. It is unclear if Marcus did this; it does not appear that any children have his name listed on a birth certificate. Still, Mary has publicly declared in writ-ing she will share with who she and George feel are his children even if the probate court does not legitimize any children. She has asked the probate court to have a hearing to determine if there are children and has even asked the court to appoint a guardian ad litem for two minors who may be Marcus’ children.

Stated another way, the probate court can only rule two ways: (1) Marcus legally has children and they receive all assets in the estate (and his parents will receive nothing). Or it can rule (2) Marcus has no children and his parents will receive all assets. If the later happens, Mary has promised to share fairly with the children. Until there is a set-tlement or judgment in the federal lawsuit there are no assets.

If the city council is truly concerned for the children, they should settle the federal law-suit. Instead, all actions by the city, thus far costing taxpayers approximately $500,000 for their expensive private lawyer fees, have gone towards having the federal lawsuit dismissed and denying all wrong-doing in the homicide of Marcus, which would mean the children would get nothing.

Spoma Jovanovic is a professor of Communication Studies at the University of North Carolina at Greensboro. Lewis Pitts is a retired civil rights attorney. They reside in Greensboro.