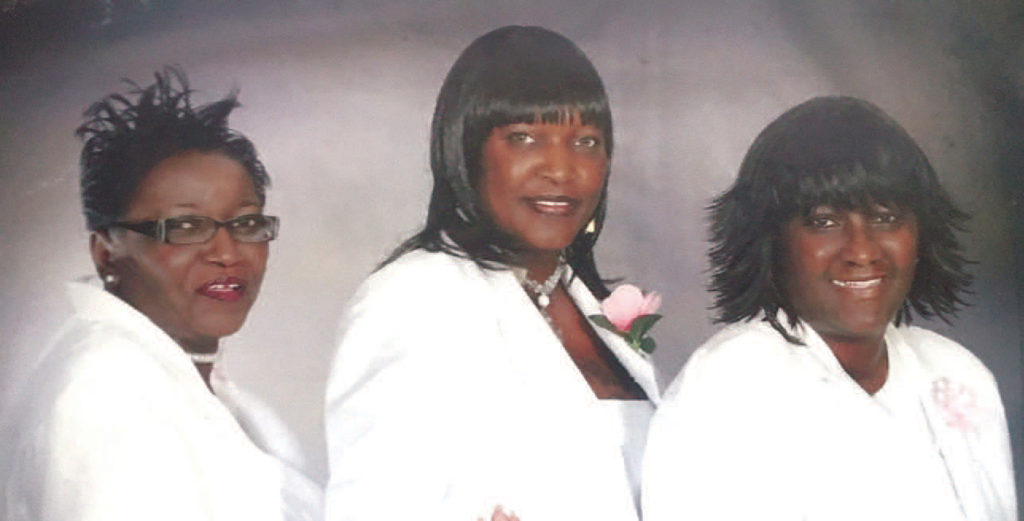 Three sisters in Winston-Salem are celebrating life these days, as all three have battled and survived breast cancer.

JoAnn Agnew is the oldest, and the first to be diagnosed at 49-years-old and is now a 20 year breast cancer survivor. Agnew said she felt a lump in her breast and went to see her doctor. She endured months of tests and hospital visits and doctors said they couldn’t find anything wrong. A month after her husband of 29 years passed away due to complications from heart disease and diabetes, Agnew received her breast cancer diagnosis.

“I just assumed that I was going to die too,” said Agnew.

She underwent several weeks of radiation treatments in order to shrink the mass, before doctors performed a double mastectomy on her in December 1998. After surgery, she was ordered to take chemotherapy, later followed by another round of radiation treatments. She suffered a radiation burn from treatment and spent hundreds of dollars on prescription medication trying to heal her skin. Agnew shared that the only thing that alleviated the burn was a home remedy of one tablespoon of salt dissolved in a quart of hot water.

A retired hospital employee and former nail shop owner, Agnew said she stays busy by volunteering at her local church, with Meals on Wheels, and with cancer services at Wake Forest Baptist Hospital, where she provides manicures and a listening ear.

“I do share my story with cancer patients when I’m doing nails. Just to let them know that just because this is the diagnosis, doesn’t mean that it’s a death sentence,” said Agnew, who noted she also tries to give support to caregivers as well.

In her own battle with cancer, Agnew noted that her youngest sister, Helen Mitchell, offered her support and was also a caregiver in her life. Mitchell, was the second to be diagnosed with breast cancer, and is a 17 year cancer survivor.

Mitchell noted that her body responded well to her first round of radiation treatments and significantly eliminated the mass. However, the breast cancer returned a few years later and Mitchell had a double mastectomy the second time she was diagnosed. She is currently going through cancer treatments again which have damaged her kidneys, resulting in her having weekly dialysis treatments. Now her cancer treatments have been reduced to every few months. Retired from the security department at tobacco company, R.J. Reynolds, Mitchell said she likes to take trips to the beach in her free time.

“My daughter and I were diagnosed with the same type of cancer, in the same breast, in almost the exact same stage. We support each other,” said Wiley.

Women can also take a BRCA gene test, a blood test that is used to identify breast cancer gene mutations, with a genetics specialist. To test for a BRCA gene mutation, a tissue sample from the mass is analyzed and tested for the mutation.

Wiley and her daughter took the test and doctors informed them that while breast cancer isn’t hereditary, the BRCA gene is. According to BreastCancer.org, a woman’s risk of breast cancer nearly doubles if she has a first-degree relative — mother, sister, daughter — who has been diagnosed with breast cancer.

Agnew shared that her mother’s twin sister passed from complications of stomach cancer, but she was first diagnosed with breast cancer.

“Back then, people didn’t talk about cancer,” Mitchell added.

While Agnew felt something wasn’t right with her body, her sisters found out through their regular mammogram screenings, which they encourage all women to do.

“Pay attention to your body. Your body will send you signals,” said Agnew.

The three sisters are also members of Bethlehem Baptist Church in Winston-Salem, and credit their faith as a source of strength in their lives.