Threatening emails to GCS Board of Education

The Guilford County Board of Education has received threatening emails over the last two weeks, filled with racial slurs and derogatory language.

The messages were sent through the school district’s “Let’s Talk” messaging program, which allows the public to send comments directly to district leadership. Some of the emails, which are now public, called the board members, “single-cat ladies” and called for Guilford County Schools (GCS) Superintendent Dr. Sharon Contreras’ termination.

One of the messages was attributed to an email address that included a reference to the Proud Boys, the far-right group whose members have been associated with both the 2017 White supremacist torch-bearing rally in Charlottesville, Virginia, and the Jan. 6 U.S. Capitol attack. 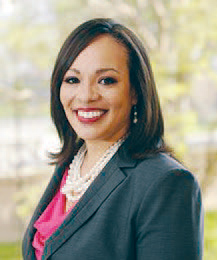 It was followed by another email that suggested that Guilford County Schools create a ‘Thank You White People Day,’ in order to “celebrate their enormous generosity,” because, “They allowed millions of poor non-White immigrants (expensive) from all over the world to immigrate to their country and enjoy a high standard of living even though they’re going to become a minority in the United States.”

On June 10, during a regular school board meeting, members of Take Back Our Schools-GCS staged a protest outside of the school district offices. Take Back Our Schools-GCS (TB) is a local conservative coalition of parents and community members who have advocated for an increase in school resource officers, protested an appeals process for suspensions and now oppose critical race theory.

The group returned to the board’s June 17 meeting where there were reports of yelling through a megaphone during the meeting that took place, as well as banging on the windows. School board members and school staff have expressed that they feel their safety is at risk with the amount of vitriol that has been aimed towards them recently.

In person meetings have been closed to the public for more than a year now due to the pandemic, with all meetings being held virtually. The public is allowed to submit comments online. The meetings are scheduled to reopen to a limited number of the public at its next meeting on July 13, while still following state social distancing guidelines.

In the emails, people also argue against Critical Race Theory (CRT) being taught in schools. However, GCS leadership maintains that CRT is not part of the approved curriculum and is not taught in schools. Guilford County Schools Board of Education chair, Deena Hayes-Greene noted that “dog-whistle words” are being linked to CRT, such as “race” or “white.”

“It’s unfortunate and troubling that we have local people here under the guise of caring about all children. The agenda around all of it has all been in opposition to everything the superintendent has done, all the way to calling for her termination. The group has engaged school board members to get her fired. It’s elicited some very dangerous characters. I don’t minimize what this could lead to,” she said adding, “Our ultimate goal is safety.” 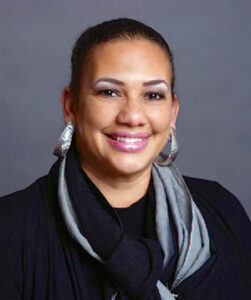 District leadership has commented that the emails have been handed over to local law enforcement and the situation is now under investigation.

In response to the emails and recent events, Take Back Our Schools-GCS said they are not behind the emails.

“There is a great divide in our country about CRT. The perspectives and definitions of CRT can be seen with two vastly different lenses. TB holds that endorsing or perpetuating racism of any kind is unacceptable. TB has never threatened anyone, ever. Whatever alleged threats that were made to anyone at GCS were not by anyone in this group to our knowledge. If anyone was a part of any kind of threatening, we would remove them from the group immediately as well as report them to authorities. There have been publications that have twisted and manufactured incorrect information about TB to form a narrative. TB is a platform for parents and community supporting strong learning environments and safe schools for all,” the group said in a statement to the Carolina Peacemaker.

Critical Race Theory or CRT is an academic concept developed in the 1970s by a group of legal scholars, intended to study how racism is not merely the product of individual bias or prejudice, but also something embedded in legal systems and policies.

Academic experts, such as Dorinda Carter Andrews, professor and chairperson, Department of Teacher Education at Michigan State University’s College of Education, assert that critical race theory is not an ideology or a political orientation that assumes White people are bad; it assumes White supremacy is bad in all of its forms. It’s a practice or approach that provides language and a lens for examining racism at institutional and structural levels. Underlying this is the premise that racism is endemic to American society and those White supremacist ideals and practices should be dismantled.

Critics of CRT assert that the theory leads to negative dynamics, such as a focus on group identity over universal, shared traits; divides people into “oppressed” and “oppressor” groups; and urges intolerance.

Outside of CRT, Hayes-Greene who is also cofounder and managing director of the Racial Equity Institute LLC, an organization that specializes in racial equity training, says she does not feel that students are learning enough about race in schools.

“Brown vs. Board of Education was not about reviewing and transforming our education system to reflect what we say our American values are: equal opportunity, life, liberty and pursuit of happiness. We have never been accurately historical about our history. We have not done a review of our curriculum or education standards so they (students) have never received an accurate history of the United States.”

She also said that over the years, the school board has discussed enhancing the curriculum, but that it is a complex structural issue.

“We have tried to integrate reading material and information that is reflective of the diversity of our district and nation and that’s been challenging,” said Hayes-Greene. “And we can’t ask teachers, on top of what they are already asked to do and teach in the classroom, to then take a crash course on facts and information that they haven’t been exposed to. There needs to be a cross-systems effort that looks at the college level, educational testing services, textbook publishers, schools of education—so it’s just not that simple. But it is long overdue to have that conversation,” said Hayes-Greene.

Although the emails have been worrisome, Hayes noted that the school board has also received support from the community that spans across racial and socioeconomic lines.

According to the N.C. Public Instruction, CRT is not taught in any North Carolina schools. But the discussion of CRT being taught in elementary schools has now become a national discussion.

On Tuesday, July 6, Randi Weingarten, the head of the American Federation of Teachers (AFT), the second largest teachers’ union in the U.S., put her support behind teachers being able to teach “accurate history” during opening remarks at the union’s biennial TEACH professional development conference. She noted that CRT is not taught in public schools and the union has a legal defense fund ready to defend any teachers who are accused of teaching it.

“Let’s be clear: critical race theory is not taught in elementary schools or high schools. It’s a method of examination taught in law school and college that helps analyze whether systemic racism exists,” said Weingarten.

She went on to add, “Culture warriors are labeling any discussion of race, racism or discrimination as critical race theory, to try to make it toxic. They are bullying teachers and trying to stop us from teaching students accurate history. This harms students. These culture warriors want to deprive students of a robust understanding of our common history. This will put students at a disadvantage in life by knocking a big hole in their understanding of this country and the world.”