The Martial South and Marcus Smith 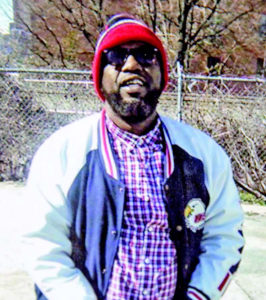 The lens or perspective we view current events is guided by our knowledge of history and moral compass. I hope my words giving just a tad of Southern history plus your moral compass will provide a context and give you a civic lens to view the Greensboro police hogtying and death of an African American, Marcus Smith, such that you will contact your city council and demand justice. The N.C. Medical examiner ruled the “manner” of death to be “homicide.” The police engaged in the historic martial Southern ideology of control and submission when the situation, and the law, called for compassion and assistance.

I use the term “martial south” based on the excellent 1952 essay by famed historian John Hope Franklin, titled “Slavery and the Martial South.” He wrote: “When southern sectionalism emerged as a powerful force in the third decade of the nineteenth century, the aggressive belligerency of the people of the South became one of their outstanding attributes…The atmosphere of the entire South seemed charged with a martial spirit; and pugnacity achieved a respectability, even among the upper classes, that doomed any moves toward gentility and mutual understanding. There were, perhaps, many factors that contributed to this martial spirit… and many aspects of life in the South that reflected its numerous manifestations… Few of them, however, had the profound effect that slavery had both in shaping the martial tradition of the South and in illustrating the ways that the spirit of belligerency could manifest itself.” Maintaining dominance over and submission from slaves, Dr. Franklin says, produced a “domineering spirit” and created “a reign of tyranny in the South [that] was no mere abolitionist prattle.” Alexis de Tocqueville, in Democracy in America based on his visit to the U.S. in 1831, also wrote about the effects of slavery on the character of the White master: “The citizen of the Southern States becomes a sort of domestic dictator from infancy; the first notion he acquires in life is, that he was born to command, and the first habit he contracts is that of ruling without resistance.”

Dr. Franklin continued: “The importance of the owner’s role was indicated by Judge Thomas Ruffin of the North Carolina Supreme Court who said, ‘The power of the master must be absolute, to render the submission for the slave perfect.’ The view of the inferiority of the Negro was organized into a body of systematic thought by the scientists and social scientists of the South and out of it emerged a doctrine of racial superiority that justified any kind of control that the owner established and maintained over the slave.” Thus, any form of violence against slaves was deemed “lawful,” including beating, whipping, public lashing, hogtying, imprisonment, food deprivation, other forms of torture, and lynching.

Fast forward through our ugly history: the civil war and the 13th, 14th, and 15th Amendments to the Constitution – that meant nothing to the Supreme Court, withdrawal of federal troops from the South, the reversal of Reconstruction, the Ku Klux Klan, lynching, every trick imaginable to prevent African American’s from voting, making not having a job a criminal offense (vagrancy) so as to arrest freed slaves and turn them into “contract labor” or neo-slavery; continued vigilante and deadly, lawless action against African Americans, separate and so-called equal version of the same ol’ segregation. White supremacy renewed, rebirth of the Ku Klux Klan, Bull Connor, Birmingham Church bombing, Emit Till, Strom Thurmond, George Wallace, Jesse Helms, so-called reverse discrimination created by the Supreme Court, Ronald Reagan/Bill Clinton/etc. and mass incarceration, “driving while Black,” “being downtown while Black,” neo-Nazis, Donald Trump, Charlottesville, data showing African Americans get about half the good stuff White folks get and twice the bad stuff in every category of social, medical, economic, etc. well-being, and the list could go on.

Yet, through out all the hell summarized above there has been growing and great resistance, most relevant for this article being Black Lives Matter and related movements. Police, prosecutors, and judges, in our cities and counties are killing, choking, hogtying, falsely arresting, committing perjury and imprisoning mostly African Americans but also other non-White people, poor people and people with mental illness. Often we have video pictures of these police crimes yet the culprits get off.

Our renewed resistance to this barbaric conduct can start here in Greensboro, with its own historic violent, racist oppressions and remarkable resistance. We have a concrete case around which to unite and fight: Marcus Smith, a 38 year old, homeless, man was needlessly and illegally hogtied by Greensboro police on September 8, 2018 while downtown. As any reasonable person could have predicted, the manner of restraint caused asphyxiation and killed him on the spot. He was high on drugs, in a mental health crisis and begging for help. He was not dangerous; he was not under arrest or trying to escape; he had harmed no one. Watch the police video, even the pro-police biased “compilation” video, by going to the City of Greensboro Web site and searching for Police Video of Marcus Smith. Watch as officers hogtie him in direct violation of both their own training directives and the warning from the manufacturers of the RIPP HOBBLE strap used on Marcus – the manufacturer states clearly: “Do not hogtie a prisoner.” Chief of Police Wayne Scot lied about the incident, speeded up the purported internal investigation of the incident and cleared all the officers – as has been his pattern in virtually every police misconduct case.

Sadly, our city council has not held anyone accountable, held no hearing, and not used their statutory power to subpoena people and investigate this matter. Let me be blunt: it appears the council is divided 6-3 on this and other such police misconduct matters. Mayor Vaughan, Justin Outling, Marikay Abuzuaiter, Nancy Hoffmann, Tammy Thurm, and Goldie Wells condone these police actions and refuse to do anything. Meanwhile, Sharon Hightower, Yvonne Johnson and Michelle Kennedy signal they would like accountability, punitive consequences in this case, and more transparency – if they could get a majority vote. Let’s unite and use our electoral clout to pressure all council members to admit the police engaged in illegal conduct against Marcus, fire the Chief, and pay reasonable compensation to his parents as law requires. Council says “you,” the public, don’t really care and only a few “activists” raise these issues. Show them your knowledge and concern by writing, emailing or visiting them – lest we must march and demonstrate as is our right.