The gains of the past are about to be lost 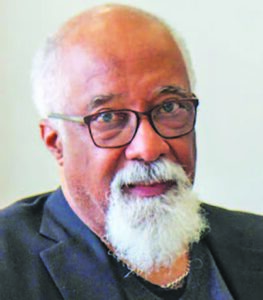 He was a Black Fayetteville minister who was also a Democratic lawmaker in the North Carolina General Assembly, who strongly supported fully funding a program that allowed poor women across the state to have unfettered access to abortion services.

When asked why, by a reporter, the legislator said he was totally against abortion personally because as a minister he considered it a sin. But as an elected representative of his district, it was his job to make sure that poor women were able to access the same legal, constitutionally protected services that other women had access to.

That state lawmaker/minister from Fayetteville has since died, but if he were alive today, he would certainly have concerns about how last week’s leak of a purported U.S. Supreme Court draft decision overturning the historic 1973 Roe v. Wade abortion ruling will affect poor women of color.

Effectively, if the unpublished decision holds, it would remove a woman’s constitutional right to an abortion, leaving it up to individual states to manage access to abortion services.
In North Carolina, abortion is legal, with some restrictions. But according to Irving Joyner, law professor at North Carolina Central University Law School in Durham, not just poor women of color, but people of color, are now very much at risk as a result.

“Any restriction on a woman’s freedom of choice will have a heavier impact on African Americans and people of color than anyone else,” Prof. Joyner says. “The focus of this draft decision is on the rights to privacy, the right to choose and who can control [a] woman’s body. The right to choose does not always result in a decision to abort, which some people object to, but many other decisions about a person’s body and individuality are also implicated.”

“With this extremely radical leaning Supreme Court decision, the license which will be given to legislators is to assert more controls over a person’s choice and the federal constitution should not withdraw these protections from the people.” Prof. Joyner continued. “If the right to privacy for women can be dismantled so casually, as done in this draft opinion, so can the right to privacy in a person’s home and personal affairs be taken away or curtailed. This is a very dangerous development in constitutional law.”

But it doesn’t stop there, added Prof. Joyner.

The draft proved that this conservative-leaning U.S. Supreme Court was willing to buck legal precedent, which hereto now upheld landmark decisions in the past to maintain the legal foundation of jurisprudence and insure legal stability.

“If you simply dispense with this treasured and guarded principle in the abortion context, it can be easily done with other treasured and cherished rights,” Joyner continued. “Chief among these rights, and these challenges are presently on the Supreme Court dockets, are the rights of racial minorities to be admitted to higher education institutions, the right to vote and the ability of state courts to determine the constitutionality of race-based redistricting decisions by state legislatures. If the Supreme Court can disregard over fifty years of precedents in the Roe v. Wade line of cases, it can and will do the same thing in other areas of the law. This legal drifting back to the “days of old” will not bode well for the presently understood protections which exist for the rights of African Americans, people of color and other minority or disfavored groups in this country.”

Prof. Joyner concluded, “Across the country today and with the emerging political power of ultra-right-wing forces that are increasingly controlling most state governments, the rights of African Americans are under attack and now we are in imminent danger of losing critical protections which we have fought for and won with past U.S. Supreme Court decisions regarding our constitutional rights.”