Rev. Dr. T. Anthony Spearman, president of the N.C. NAACP, has formally asked the three-judge panel which struck down the partisan state legislative gerrymandered maps last week, for “…the public disclosure of files currently under seal of the court relating to political consulting by Dr. Thomas B. Hofeller.”

Only 35 of the tens of thousands of Hofeller files were used in the court case. The rest, thus far, have been held back from the public under court order. 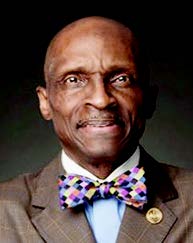 “…[T]he Hofeller files contain extensive evidence of the use of race and ethnicity to further the partisan political goals of the Republican Party in North Carolina and nationally,” Dr. Spearman continued in his September 6 letter.

A September 6 exclusive exposé by The New Yorker Magazine, if correct, more than confirms Dr. Spearman’s contention. According to the explosive article titled, “The Secret Files of the Master of Modern Republican Gerrymandering,” Hofeller, who died in August 2018, and whose files found their way into the recent N.C. legislative partisan gerrymandering case, “…collected data about voting patterns of Americans based on their race.”

After reviewing much of Hofeller’s emails, files, research and voting maps found on the hard drive of his computer by his daughter after his untimely death, and turned over to Common Cause, the nonpartisan redistrict reform group, The New Yorker paints a disturbing portrait of exactly what Hofeller was doing for the North Carolina Republican Party when it came to knowing everything it could about Black voting patterns, where Black voting strength in the state was, and how to compromise it.

Of particular note to North Carolina’s African American community, is this passage from The New Yorker story on how Hofeller literally split the campus of N.C. A&T State University in Greensboro in half, thus creating two Republican congressional districts, and crippling Black voting strength there.

Perhaps one of the clearest and ugliest gerrymanders in North Carolina—or in the entire nation—is the congressional-district line that cuts in half the nation’s largest historically Black college, North Carolina A&T State University, in Greensboro. The district line divided this majority minority campus—and the city—so precisely that it all but guarantees it will be represented in Congress by two Republicans for years to come. North Carolina Republicans have long denied that this line, between the state’s Sixth and Thirteenth Congressional Districts, was intentionally drawn to dilute Black voting power, which would be a violation of the constitutional prohibition against racial gerrymandering. 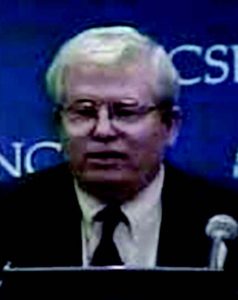 Hofeller’s files, though, show that he created giant databases that detailed the racial makeup, voting patterns, and residence halls of more than a thousand North Carolina A&T students.
And The New Yorker story revealed another startling detail about Hofeller’s racial mapmaking.

A spreadsheet named “NC College Voters for ZIP ID” contains voter data for more than 23,100 North Carolina university students, including thousands in Greensboro. The detail for the North Carolina A&T students is precise: students are sorted by residence hall. That means that Hofeller knew which A&T students lived in Aggie Village, on the north side of campus, and which resided in Morrow or Vanstory Halls, on the south side—along with a detailed racial breakdown and information about their voting status. As Hofeller sought to create two reliably Republican congressional districts, his computer contained information on the precise voting tendencies of one of the largest concentrations of Black voters in the area.

Hofeller reportedly had a file titled, “The Greensboro Master Race,” which, according to the story, “ …contains a color-coded map that shows the city’s Black population, age eighteen and older, by precinct.”

He also did extensive work on the impact of voter I.D. in North Carolina, especially after the state NAACP filed suit to have the 2013 voter ID law overturned.

“Inasmuch as Dr. Hofeller was a consultant to the General Assembly long before he drafted new legislative maps in June of 2017, we have strong reason to believe that other evidence of the impermissible use of race in North Carolina and elsewhere exists in the undisclosed materials,” N.C. NAACP Pres. Dr. Spearman wrote in his letter to the three-judge panel.

“Given what is known so far, it is unquestionably in the public interest that the Hofeller files be disclosed in their entirety so that, in the light of day, the people of North Carolina and the rest of the country may understand how voters’ interests have been manipulated in continuation of a long history of race-based voter suppression to advance the partisan political interests of one party,” concluded Dr. Spearman.

Cash Michaels is a veteran news reporter and editor covering state news for the Carolina Peacemaker. He is based in Cary, N.C. “The Secret Files of the Master of Modern Republican Gerrymandering.”