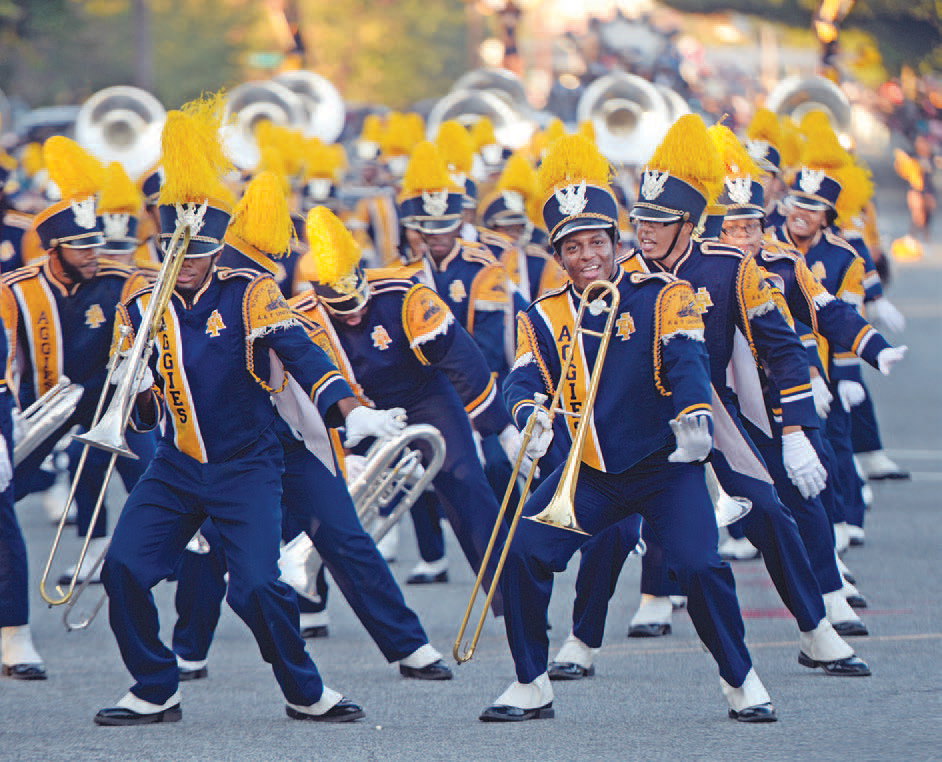 The Blue and Gold Marching Machine.

North Carolina A&T’s Blue and Gold Marching Machine (BGMM) and Golden Delight are known to put on a show. For homecoming this year expect nothing less.

For many fans, halftime at an HBCU is more important than the football game. When the band starts to play, some fans forget the game has started. An award-winning band such as BGMM deserves nothing less for the wonderful sounds and energy they bring to the stadium every game.

For the last two years, BGMM has been ranked the No.1 band by ESPN’s The Undefeated.

The band program was first introduced to N.C. A&T in 1918. Though the band was small, it was the strength of the college’s Music Department at the time. Fast forwarding to the 1930’s, A&T would now be known as the only Black college in North Carolina with a band. During a change in leadership in the early 1980’s, the “Blue & Gold Marching Machine” name was brought to life.

Not only does BGMM bring the sounds and energy with some fan favorite songs, but they are accompanied by the Golden Delight auxiliary dance squad, who bring the sass and class to the field.

Golden Delight was introduced to the band program around the 1950’s and by the 1990’s the squad developed into the unbelievable majorettes seen on the field today.

For this year’s homecoming football game, A&T will be going head to head with Howard University.

That statement caused some tension, but actions seem to speak louder than words. BGMM showed no mercy when it came to showing Howard what a “real” band looks and sounds like.
Three years later, this showdown is being brought to the stands again on Saturday Oct. 26 at BB&T Stadium.

Have a Happy Homecoming!