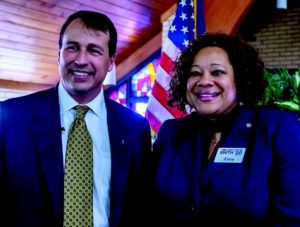 At press time, with 96 percent of voting precincts counted, former U.S. Vice President Joe Biden was unofficially projected the winner of the North Carolina Presidential Primary with 19 delegates and 43 percent of the vote, edging out rivals Sen. Bernie Sanders with 6 delegates and 24 percent, and billionaire former New York Mayor Mike Bloomberg with no delegates won and only 13 percent, in what was a crucial Super Tuesday contest.

The last polling had Biden, Sanders and Bloomberg in a virtual three-way tie in North Carolina percentage-wise.

The win was seen as further confirmation of Black Democratic voter support for Biden after a heartfelt endorsement from S.C. Rep. Jim Clyburn, who is also the U.S. House Majority Whip. Clyburn’s nod in Biden’s direction helped the former vice president surge to a dramatic win during the South Carolina Primary last Saturday (Feb. 29). African American voters powered Pres. Obama’s former vice president virtually 2 to 1 over Sanders with 48 to 25 percent of the primary vote there.

Virginia was the first to report Tuesday’s election results with Biden in the win column. North Carolina was the second southeastern state to give Biden a primary win with 62 percent of the African American vote to Sanders’ 16 percent. The former vice president also swept the southern states of Alabama, Arkansas, Tennessee, Oklahoma and Texas and captured Massachusetts and Minnesota. Biden’s closest competitor, Vermont U.S. Senator Bernie Sanders, won his home state along with Colorado and Utah and currently leads in California with 79 percent of the votes reported in that state.

Former New York Mayor Mike Bloomberg, who spent a half billion of his own funds to run for president won American Samoa. By Wednesday morning, Bloomberg dropped out of the race and threw his support to Joe Biden. 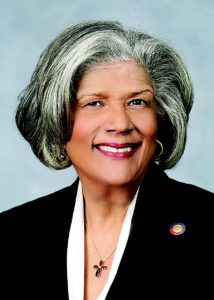 Democrat Yvonne Holley will be on the General Election ballot for Lt. Governor of N.C. Photo by Ivan S. Cutler/Carolina Peacemaker.

In an upset, Rep. Yvonne Lewis Holley of Raleigh won the Democratic primary for lieutenant governor, outlasting state Sen. Terry Van Duyn out of a six-candidate field. Holley was the only Black female in the Democratic field. She will face Republican Mark Robinson on Nov. 3rd in the General Election.

Incumbent Democrat N.C. Atty. Gen. Josh Stein was not on the primary ballot, but he will be challenged in the fall by Republican primary winner Jim O’Neill. Beth Wood had little problem trouncing a challenger to her state auditor’s office in her democratic primary. She will most likely face Republican Tony Street in the fall.

All primary night results are unofficial until certified by the N.C. Board of Elections.

Cash Michaels is an award-winning journalist and editor covering state news for the Carolina Peacemaker. He is based in Cary, N.C.