Studies show that African Americans are overrepresented in kinship care

Of the 2.6 million kids in the United States being cared for by a family member, 79,000 kids in across North Carolina comprise that number, according to data from The Annie E. Casey Foundation national KIDS COUNT Data Center.

The African American Families and Kinship Care Lab at The University of North Carolina at Greensboro is conducting two National Institutes of Health funded studies that will study kinship care and its impact on families. One study examines the strengths and resources of African American kinship care families (e.g., grandparents raising grandchildren) that influence the development of children’s social, academic, and behavioral outcomes.

“Kinship care” refers to the caregiving of children by grandparents or other relatives and those who have strong bonds with the children when biological parents are unable or unwilling to provide care. 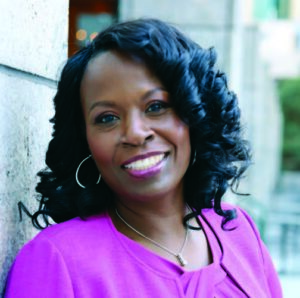 Led by lead researcher and professor in the Department of Social Work at UNCG, Dr. Tyreasa Washington explains the study looks at what kinship care families do well that can help a child develop better outcomes.

“Traditionally, it is a grandmother. But it can also be an older sibling, an aunt or uncle or God parent. Kinship care means that it is someone that the child is familiar with, but typically a blood relative,” said Washington, who is also Senior Program Director of Child Trends, a national research organization focused on improving the lives of children and youth.

While it’s not something openly discussed often, Washington says historically, the idea of kinship care is familiar in the African American community. Dating all the way back to slavery and the Middle Passage, if a parent was sold or died, the children left behind would then be under the care of another enslaved family, and as plantations grew, an elder enslaved woman who would care for most of the children.

Examples of kinship care now could look a number of ways, says Washington, which include situations where a young parent leaves a child in the care of grandparents to go to college. Other children may end up in “informal kinship care” when parents die, are incarcerated, or suffer from substance use or mental health disorders.
The second study examines African American kinship caregivers’ health outcomes. Washington is undertaking this research project in collaboration with N.C. A&T State University’s Center for Outreach in Alzheimer’s, Aging and Community Health (COAACH).

According to COAACH’s research, Alzheimer’s is the sixth leading cause of death in America, and fifth amongst African Americans, who are twice as likely to suffer from age-related dementias than Caucasians. The U.S. Health and Human Services department on minority health reported African Americans were 30 percent more likely to die from heart disease than non-Hispanic Whites.

This study focuses on the risks and protective factors for kinship caregivers’ health such as what can help to reduce stress levels, and reduce incidents of Alzheimer’s disease and cardiovascular disease among the kinship caregiver population.

Washington noted that through her experience as a licensed clinical social worker and her research of kinship care, she has observed that children who are under kinship care tend to have better bonds with their families and their culture. Other factors include the role of the birth parents in a child’s life, the relationship the birth parents have with the caregiver, as well as the resources the caregivers have such as adequate food, stable finances, and childcare (if needed) that assist in raising the child.

“If we are pushing to keep children in kinship care as a first option, then we really want to make sure that we’re providing the caregivers some services and support. My research is trying to find out what strengths they have and how can we replicate those strengths and resources and give it to these families,” said Washington.