Streaming On Disney Plus: Hamilton 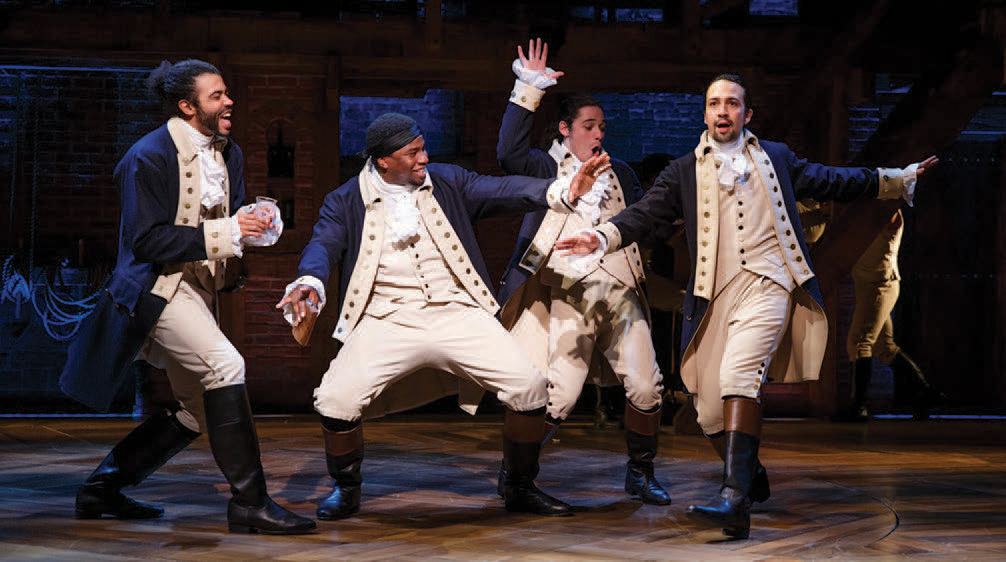 If history classes were this entertaining, there would be lines around the block to get in.

For many, Hamilton is an enigma. It was the toast of Broadway. Attention-grabbing scenes were performed during the Tony Awards Show. But if you weren’t willing to spend a fortune for tickets, you‘ve probably never seen this groundbreaking musical.

What many have seen, on TV, is writer/composer Lin-Manuel Miranda working the late-night talk show circuit, hawking his performance in films (Mary Poppins Returns), sharing his rocky experience staging Hamilton in Puerto Rico or singing duets with Jimmy Fallon on The Tonight Show. Still, it’s hard to put his genius into perspective if you haven’t seen this Pulitzer Prize-winning young, gifted and Latino writer onstage. Finally, for many, the Disney+ streaming debut of the famed Broadway show puts Miranda in context.

Wanna know why Daveed Diggs (Blindspotting) is so hip, Leslie Odom Jr. (Harriet) is smooth, Renée Elise Goldsberry (Waves) is graceful and Anthony Ramos (A Star Is Born) so cool? Now you can find out, because they are all children of the mothership, Hamilton. 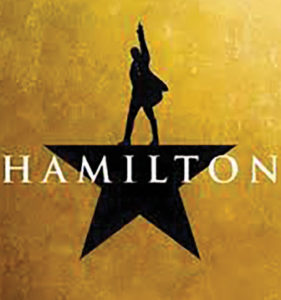 From the 1700s into the 1800s, Alexander Hamilton (Miranda) was one of the Founding Fathers of the United States of America and a financial wizard who became the first Secretary of the Treasury. His fiscal strategies propelled President George Washington’s (Chris Jackson, When They See Us) economic policies. That’s after the two had very fundamental roles in the American Revolutionary War, which shocked England and King George (Jonathan Groff, Frozen, Frozen II). Hamilton’s views fit neatly into the Federalist Party, which is contrary to the goals of the Democratic-Republican Party run by President Thomas Jefferson (Diggs).

Even with these people in his corner, Hamilton has to do some things on his own. Like on a fateful day when he travels to New Jersey and stands on a cliff overlooking the Hudson River. After years of fighting adversaries, playing politics and skullduggery, there he is in a duel instigated by remarks he made over dinner about Burr. That slight leads to one of the most infamous and senseless tragedies in American history.

Inspired by the book “Alexander Hamilton,” by Ron Chernow, Lin-Manuel Miranda turns Hamilton’s political/personal life into a compelling history lesson. He reimagines the time, people and places in poignant dialogue, catchy raps, evocative lyrics and melodies strong enough to bear the weight of time. Miranda’s trail-blazing mix of hip hop, rap, jazz, R&B and Broadway music is so enveloping and astonishing it won a 2014 Tony Award for Best Score. Broadway’s highest honor was also extended to the entire show, the direction, book, leading roles, featured roles, costumes, orchestrations and such.

What’s on view in this streaming edition was shot from the Richard Rodgers Theatre on Broadway in 2016. There’s a live audience hooting and hollering as six observant but unobtrusive cameras (cinematographer Declan Quinn) eye the cast from stage right, left, center, back and above. As you sit wide-eyed, you’re getting a front row seat that often feels like it is positioned in the middle of the stage.

The shine from the green satin coat worn by Hamilton (costume designer Paul Tazewell, Harrietl) is enough to blind you. Sparse sets (production designer David Korins) add but don’t subtract from the near empty stage, which functions as a blank canvas. In 2h 40 min, with one intermission, 46 numbers with dancing, singing and spoken word arise. A whole lot of facts and figures roll by too, barely giving you time to breathe. There is no lag, no soft spot, nothing you’d want to see done differently. Scenes melt into each other seamlessly (editor Jonah Moran).

Thomas Kail (Fosse/Verdon) directed the stage play and this screen adaptation. The hardest part of his journey, initially, must have been figuring out how to blend the music (vocals to pleading strings and whimsical piano), choreography (Andy Blankenbuehler), lighting (Howell Binkley) and performances into a discernible whirlwind. The homework Kail did in the theater pays off on the screen. This rendition is as tight as any literal, one-location-only screen adaptation of a Broadway play can be. Yes, you’re missing that magical, intangible atmosphere that a cast shares with an audience who is in the same room. But that’s it. When Les Miserables headed to the screen, it used fairly extensive location shots. Kail gets that much power out of his footage, and he never left the theater.

The melodies are striking in part because Miranda has an ear for modern music, tones and harmonies that few other theatrical composers have. The way he’s written the songs, the singers have the chance to do embellishments and styling that seem like they were ripped off a pop music chart. And the words are even more profound: “I may not live to see our glory. But I’ll gladly join the fight. When our children tell our story, they’ll tell the story of tonight.” Combined, the tunes, lyrics and history leap out at you in flourishes, images, innuendoes, proclamations, rivalries, love triangles, betrayals, loathing, infidelities, lust, fear, anger, happiness and a dread that leads to a cataclysmic ending.

Hard to focus on one specific performance. Part of this film’s magic comes from the beguiling aura of the entire ensemble’s collective work. Odom croons effortlessly. Diggs is the most electric. Ramos is subtle. Goldsberry and Soo very winsome. Jackson bold. Miranda should take the deepest bow. Ringleader, Svengali, composer—and his acting and singing are as good as his writing. Plus, watching a screen full of Brown and Black faces reappropriating a piece of history perpetuated largely by White men, is as forward-thinking, visually and socially, as anyone can take it.

Who knows when Broadway will open again? Who knows when national tours will continue their journeys? Take this golden opportunity to see the most innovative and rewarding theatrical experience of the 21st century. You can do it from the comfort of your home, where you can “raise a glass to freedom” and no one will know how many drinks you had.

Prepare to be wowed by rebranded patriotism!