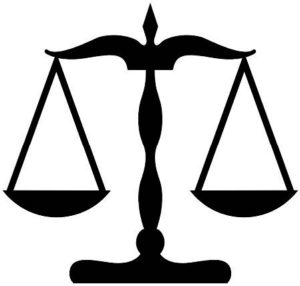 Never before in North Carolina judicial history have trial judges taken accusations of racial discrimination against Black jurors seriously, if a White prosecutor had a Black juror struck from a prospective jury primarily on the basis of race through preemptory challenge – which is illegal – the trial judge traditionally did little to investigate, and the Black juror was removed.
The Black defendant usually had to try and prove it, with little help from the trial judge.

But as of May 1st in North Carolina, all of that has changed.

In a 6-1 decision, the North Carolina Supreme Court ruled that trial judges must take a harder look as to the reasons why, when they see Black jurors summarily dismissed from juries by prosecutors.

The landmark 1986 U.S. Supreme Court ruling Batson v. Kentucky made it unconstitutional to remove jurors solely based on their race through peremptory challenge during jury selection.

In North Carolina’s 2020’s State of NC v. Hobbs, Jr., the N.C. Supreme Court ordered the lower courts to make sure that prosecutors weren’t getting away with illegally racially shaping the juries they wanted because trial judges refused to do their due diligence.

Civil rights and defense attorneys are extremely pleased with the Hobbs’ decision, calling it “historic.”

“What’s most important is the message that courts across North Carolina must vigorously investigate the reasons why jurors of color are excluded, not simply rubber stamp the prosecutor’s strikes,” said James E. Coleman Jr., John S. Bradway Professor of the Practice of Law, Director of the Center for Criminal Justice and Professional Responsibility, and Co-Director of the Wrongful Convictions Clinic at Duke Law School. “This decision is a good starting point in addressing North Carolina’s shameful record of denying African Americans their civil right to serve on juries. These issues will continue to come up. As they do, my hope is that the State Supreme Court will continue to take this civil rights problem seriously, by enforcing and strengthening legal protections against race discrimination.”

In the 2014 Cedric Hobbs Jr. murder case, the trial judge inappropriately allowed a Cumberland County prosecutor to dismiss three Black jurors from Hobbs’s jury “…without fully considering the evidence that race was a key factor in their strikes,” cites the Center for Death Penalty Litigation in Durham.

Two studies have determined that qualified Black jurors are struck from North Carolina juries more than twice the rate of qualified White citizens. The Hobbs ruling not only forces trial judges to pay attention to how many disproportionate times qualified Black jurors are stricken from a particular county’s jury pool, but also, if state appellate courts are paying attention to claims of juror racial discrimination.

“For a long time, our courts have stood by as scores of Black citizens have been denied the basic civil right to serve on a jury,” said David Weiss, Senior Staff Attorney at the Center for Death Penalty Litigation. “The North Carolina Supreme Court has just said that has to change.”

Cedric Hobbs Jr. is now serving life without parole for robbery and murder. Because of this new ruling, he may see a new trial.

The lead opinion for the state Supreme Court was written by Justice Anita Earls, one of the High Court’s six Democrat justices.

The only dissenting opinion was that of Republican Paul Newby.