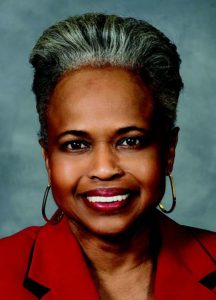 The two senators addressed a budget compromise that includes a $3.5 billion school and infrastructure bond, larger raises for educators than those in the vetoed budget, and closure of the Medicaid coverage gap among other proposals.

“Another school year is upon us, the people with medical need is still going on. We need to move on with a budget that offers repairs for schools. We need to move ahead and offer Medicaid expansion to more than half a million people in North Carolina who have the right to healthcare insurance. We want to focus on the $3.5 billion bond that the governor is proposing in his budget,” said Robinson.

There’s currently a stalemate between Democrats and North Carolina Gov. Roy Cooper’s budget versus the Republican budget. It has been more than 30 days since Gov. Cooper vetoed the General Assembly’s budget proposal and 20 days since the budget compromise offer was made.

Gov. Cooper’s budget allots for Medicaid expansion in North Carolina, a raise in teacher pay, and investment dollars for education and facilities.
“We can give solid raises to teachers and state employees. We can put forth a school bond and fund local projects. We can close the Medicaid coverage gap and maintain an economic climate in which business will grow. This is the kind of budget that is right for North Carolina, working families and small businesses,” said Sen. Garrett, adding, “North Carolina has consistently been rated a top state for business. It is time to make it a top state for our children and families.”

According to Garrett, public schools across the state are in an $8 billion maintenance hole and there is a nearly $1.5 billion facility maintenance need in Guilford County alone.

Lawmakers say that a school construction bond is the first step.

Last week, Brooks Global Studies administrators noted major structural damage had been discovered under the floors in part of the school, delaying the start of the school year until August 26. The senators believe the bond could help with funding repairs. 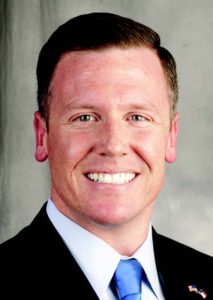 “This building behind us is an example of what happens when we neglect and ignore our needs. Brooks Global will delay its opening weeks (of school) because we have budgeted poorly in addressing the facility needs of our public schools,” said Garrett.

“Fund education, construction and infrastructure so that our system doesn’t have to respond to emergency needs every other week, so we can ensure our children can get an education,” said Bellamy Small.

A recently updated study on the economic and employment benefits of Medicaid expansion — by researchers at the George Washington University— reported that expansion of Medicaid in North Carolina would create 37,000 new jobs and insure approximately 365,000 more people across the state by 2022.

“For North Carolina the evidence is very clear. From 2020-2022, all 100 counties would benefit. So many people are working in jobs that don’t offer benefits. And those are occupations that most of us depend on daily such as food service, childcare, farmers and cleaning services,” said Shumaker.

The report also states that if North Carolina were to expand Medicaid, the state would receive $11.7 billion more in federal funding from 2020 to 2022. By 2022, more than 600,000 additional North Carolinians could have Medicaid coverage. In Guilford County alone, expanding Medicaid could provide healthcare coverage to 35,194 more people and create 2,706 jobs by 2022.