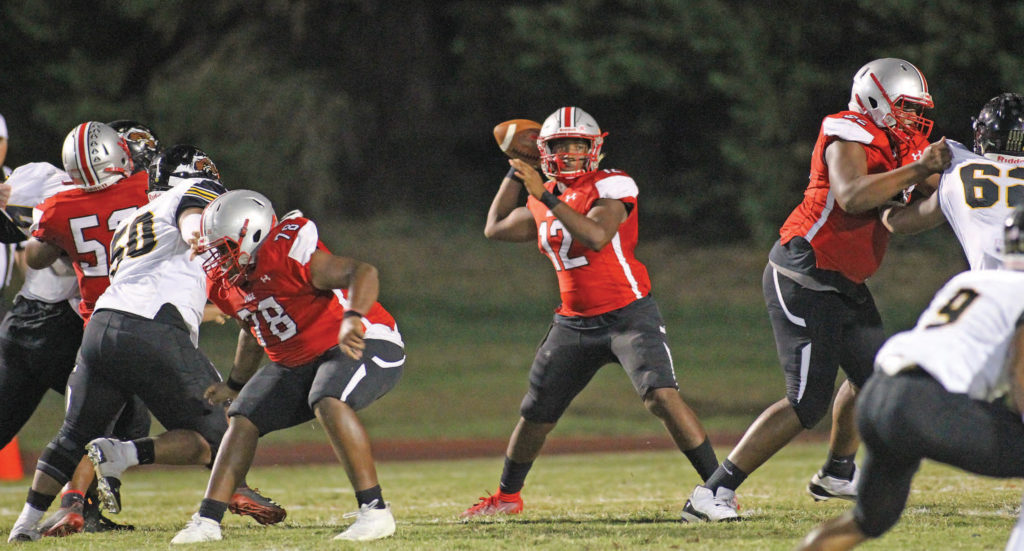 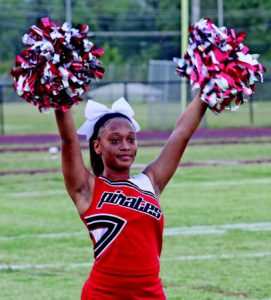 The Highland Springs Springers of Richmond, Va., traveled to Greensboro to face the Pirates of Page High School at Marion Kirby Stadium on Friday, September 27. The Springers dominated the Pirates to the tune of 39-7. Highland Springs are the four-time defending Virginia State 5-A champions. They have only lost three games in the past three years.

Page took the opening kick and drove deep into Springers’ territory before the drive ended in a mishap. The Pirates dropped a wide-open pass in the end zone and then saw the resulting field-goal attempt blocked.

Highland Springs took the ball and marched 80 yards in three plays using just more than a minute to lead 6-0. And the rout was on. Highland Springs receiver Laquan Veney scored three touchdowns in the first half, two courtesies of passes by quarterback Jamareeh Jones and the other a 53-yard punt return. Adding to the Pirates’ misery was a 45-yard pick-six from Damond Harmon.

Highland Springs led 30-0 at the half. Alonza Barnett, a sophomore quarterback scored the Pirates’ only touchdown with an 11-yard run. The offense was led by senior Javondre’ Paige who completed 5-of-17 passes for 82 yards and rushed for 36 yards on nine attempts. Jeiel Melton, a sophomore running back had 14 carries for 59 yards. Linebackers Isaiah Olgesby and Avante McCray led the defense with four tackles apiece.