By North Carolina law, the defamation portion of the late former N.C. NAACP Pres. Rev. Dr. T. Anthony Spearman’s lawsuit against National NAACP Pres./CEO Derrick Johnson and other NAACP members died with him last week when his lifeless body was discovered near a huge pool of blood in his Guilford County home, according to his attorney.

Generally, pending court action on a defamation claim does not survive the death of a plaintiff. 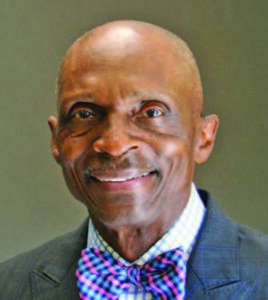 In fact, in an exclusive taped telephone interview, Cummings indicated that he’s further researching the possibility of adding new claims to his deceased client’s litigation against members of the civil rights organization he once held dear.

“I’m doing some more research on what types of provisions are available,” Cummings said, noting that the defendants were fighting to have Spearman’s lawsuit moved to federal court even before his shocking death.

Cummings also alleges that at least three of the North Carolina defendants in Rev. Spearman’s lawsuit may have been sources of false, libelous accusations against the Christian minister published in a scandalous online blog by an ex-convict with a long criminal history, which includes convictions for making bomb threats, and extortion.

Those accusations have been hurtful to Rev. Spearman’s wife, Janice, and family, and Atty. Cummings promises that they will be legally dealt with.

“I’m confident that the civil conspiracy case [can go forward] in some form, …and there can be other claims added, and other plaintiffs,” Cummings said. “Mrs. Spearman, who is suffering tremendously from the continued defamation of her husband, herself can have claims for additional affliction of emotional distress and negligent affliction of emotional distress, so in some form or fashion, there’s going to be action that continues.”

Cummings also made clear that he dismisses as false a claim reportedly made by a young man (name withheld) to police who was arrested and charged with accosting Rev. Spearman at gunpoint for $2,000.00 that an illicit assault had allegedly occurred on him by Spearman. Cummings surmises that after the young man, who Rev. Spearman had innocently been helping for several years, was arrested by Guilford County authorities July 13th for allegedly robbing Spearman in his home and stealing his cell phone at gunpoint, the young man came up with the false allegation to cover his motive upon his arrest.

911 recordings back up the alleged robbery claim from Spearman.

That same person of interest, who has a prior criminal record in Guilford County, was released on a $15,100 bond on July 14th, the next day, after a woman (name withheld) paid $100, covering the rest with a $1500 bond paid by an insurance company, county records show. 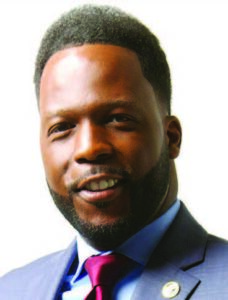 According to the Guilford County Clerk of Courts Office, that suspect in the robbery of Rev. Spearman faces five charges, including carrying a concealed gun, robbery with a dangerous weapon, driving left of center (police stopped him on a street in Greensboro after tracking him through Rev. Spearman’s cell phone which the suspect allegedly had in his possession), simple possession of a schedule 6 narcotic, and possession of marijuana.

He is due for a court hearing on August 10th.

Atty. Cummings believes there may be more to the matter.

“And what I hope I don’t find is a connection to some NAACP members,” he said.

Is there a connection between the suspect in the Spearman robbery, and Dr. Spearman’s death on Tuesday July 19th?

At press time Guilford County investigators have not publicly confirmed any connection, giving few details. No one is reportedly being held by authorities.
The Peacemaker interviewed the first person (name withheld) to see Rev. Spearman’s body on the day of his death.

This witness could only confirm that when Spearman did not show up on July 19th to a Guilford County Board of Elections meeting which he was expected to attend, the witness went to Spearman’s home with one of Spearman’s relatives.

He found Rev. Spearman’s body downstairs in the basement, on a couch, in a T-shirt and pajama bottoms. His body was slumped over, and a trail of blood from the top of the couch culminated in an enormous pool in front of it on the floor, so large that the witness says he could not approach the body to see any wounds, or anything in Spearman’s hands.

The witness says he knew, however, based on his observation, that Dr. Spearman had to have been deceased for some time. That’s when EMS was called.
Spearman’s body was discovered sometime after 5 p.m. July 19th.

News of his death was not reported until midday Wednesday, July 20th.

However, according to an NAACP member, word of Rev. Spearman’s “suicide” was emailed out to N.C. NAACP members in Wayne County on that Wednesday 10:25 a.m. by N.C. NAACP Secretary Sylvia Barnes:
“I am sad to inform you that our past president, Rev. Anthony Spearman committed suicide on Tuesday, July 19, 2022. I have no further information at this time. This was announced at the national [NAACP] convention and I also understand many of the TV stations. Dr. Spearman lived in Greensboro.”

The National NAACP was meeting in Atlantic City, N.J. at the time. If what Barnes wrote was true, how could Dr. Spearman’s death be announced as a “suicide” at 10:25 a.m. the next day, when here in North Carolina authorities still haven’t announced details of their investigation over a week later?

Atty. Cummings says Rev. Spearman did not own a gun and is certain his death was not a suicide because of the high moral and spiritual character he maintained in the community.

Cummings adds that he’s been in constant contact with Guilford County Sheriff Danny Rogers about the case, but he’s still requesting that state authorities “…assist in a full and fair investigation.”

“In fact, that is the family’s request,” Cummings said.

Scurrilous rumors about Rev. Spearman’s death have circulated in Greensboro, and throughout the state, fed by the fact that there has been no word from authorities as to what the status of his body, or whether it has been examined by the coroner yet to definitively determine cause of death.

Rev. Dr. T. Anthony Spearman’s grief-stricken family, led by his widow, Janice, issued the following statement in tribute.:
“The Spearman Family is utterly devastated by the transition of our patriarch, Reverend Dr. T. Anthony Spearman. He was a man of strong conviction who loved his family with every ounce of his being. We solicit your prayers as we grieve this insurmountable loss and request your consideration and privacy as we go through this season of bereavement.”

Spearman served as N.C. NAACP president from 2017 until 2021, succeeding the Rev. Dr. William Barber, who issued a statement upon word of his death saying, “My heart is broken… I have lost a true brother in the struggle…”

Spearman was ousted in a controversial Oct. 2021 election by New Hanover County NAACP President Deborah Dicks Maxwell, and he contested that election based on alleged irregularities the national office reportedly ignored.

He was eventually suspended by National NAACP Pres./CEO Derrick Johnson prior to filing his lawsuit.

At press time Tuesday, there was no word as to funeral arrangements for Dr. Spearman.

Editor’s Note – Afrique Kilimanjaro assisted in the research of this story.