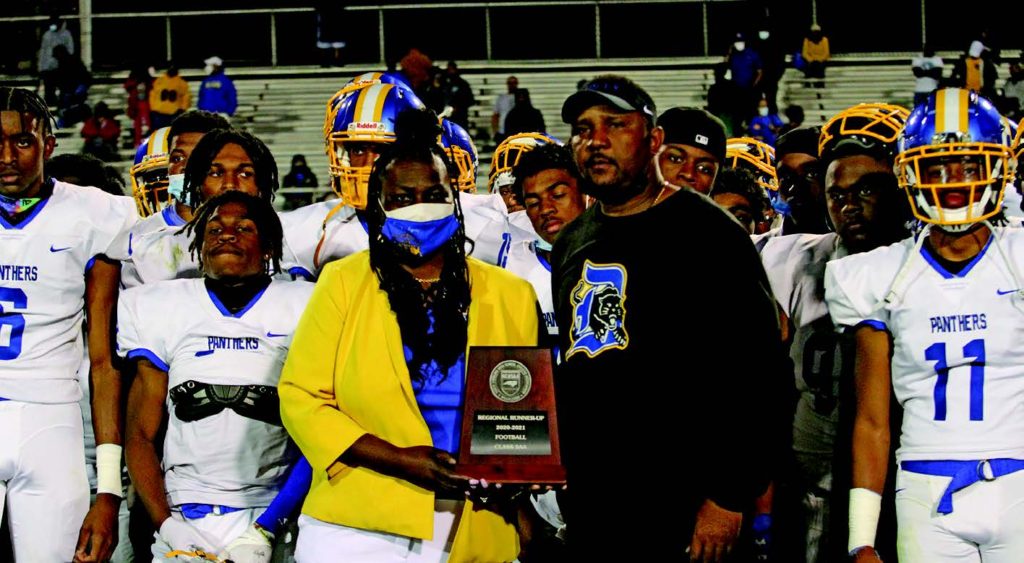 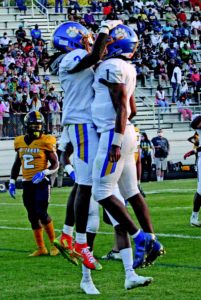 When the Dudley Panthers lost earlier to Mount Tabor, 9-6, coach Steven Davis told his team they have to play error free-football to beat Mt. Tabor.

Unfortunately, Dudley committed three big turnovers allowing the Spartans to escape with a 24-20 win to advance to the state championship game this Friday.

A blocked punt led to a 49-yard field goal just before the half giving the Spartans a 17-14 lead. A fourth quarter fumble by Mahki Wall led to the Spartans go ahead touchdown on an eight-play scoring drive. With less than two minutes remaining and Dudley driving for the go-ahead touchdown, quarterback Jahmier Slade was intercepted and the Spartans ran out the clock.

The Panthers held the Spartans to just 174 yards of offense while rolling up 289 yards on 183 passing, and 106 rushing, but came up short on the scoreboard.

Dudley finished the season 8-2, with both losses by Mt. Tabor. Dudley has lost five straight games to Mount Tabor since 2018.