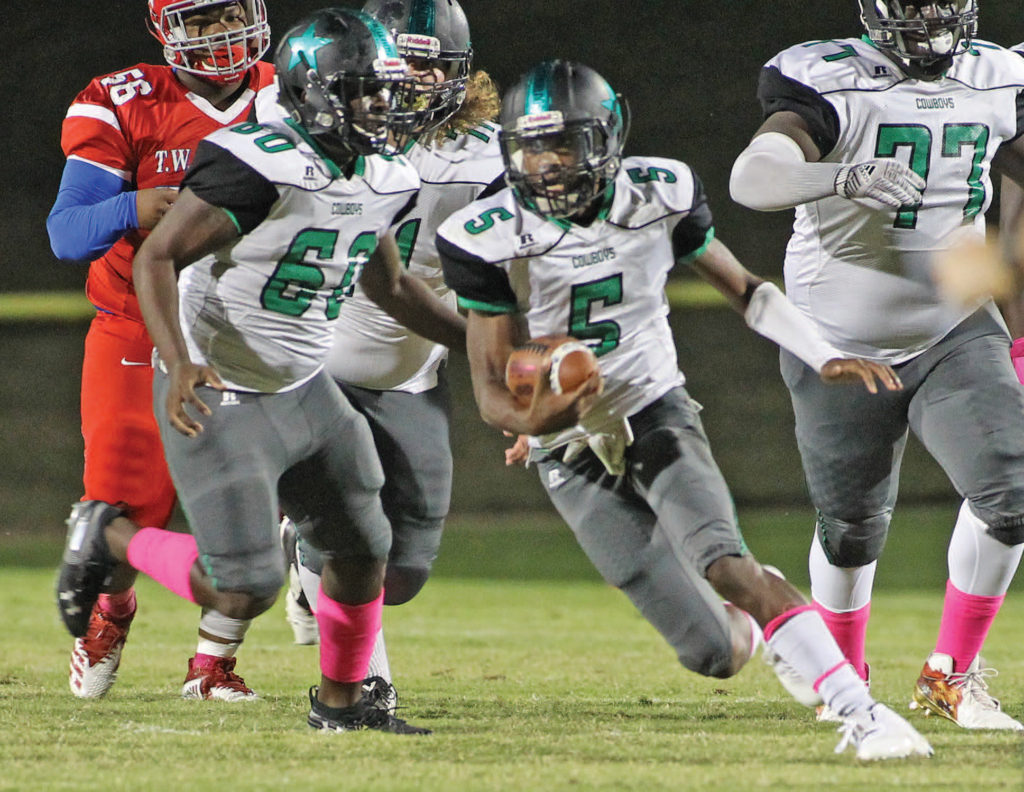 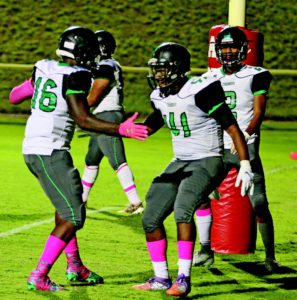 HIGH POINT – After defeating High Point Central earlier in the season and trouncing T. Wingate Andrews on Friday, 35-14, the Southwest Guilford Cowboys have captured bragging rights in the battle of High Point.

Early in the second quarter Southwest capped a drive with receiver DeAnthony Butchee catching a 25 yard touchdown pass from quarterback Jaden Rogers. The Cowboys led 7-6 with 11 minutes remaining in the quarter. On the ensuing kickoff Andrews took three plays capped off by a 50-yard halfback option scoring strike to Christopher Baker from AJ Herndon. The two- point conversion was good making the score 14-7.

Over the next five minutes the Cowboys’ quarterback Rogers threw two touchdowns: one to Quantez Poche for 12 yards and Butchee caught his second of the half making the score 21-14.
Southwest took the second half kickoff and marched 88 yards, capped off by Rodney Scott’s short touchdown run lifting the score to 28-14.

Both coaches will have their teams working on fundamentals as they combined for 23 penalties totaling 253 yards.