Something ‘WICKED’ this way comes! 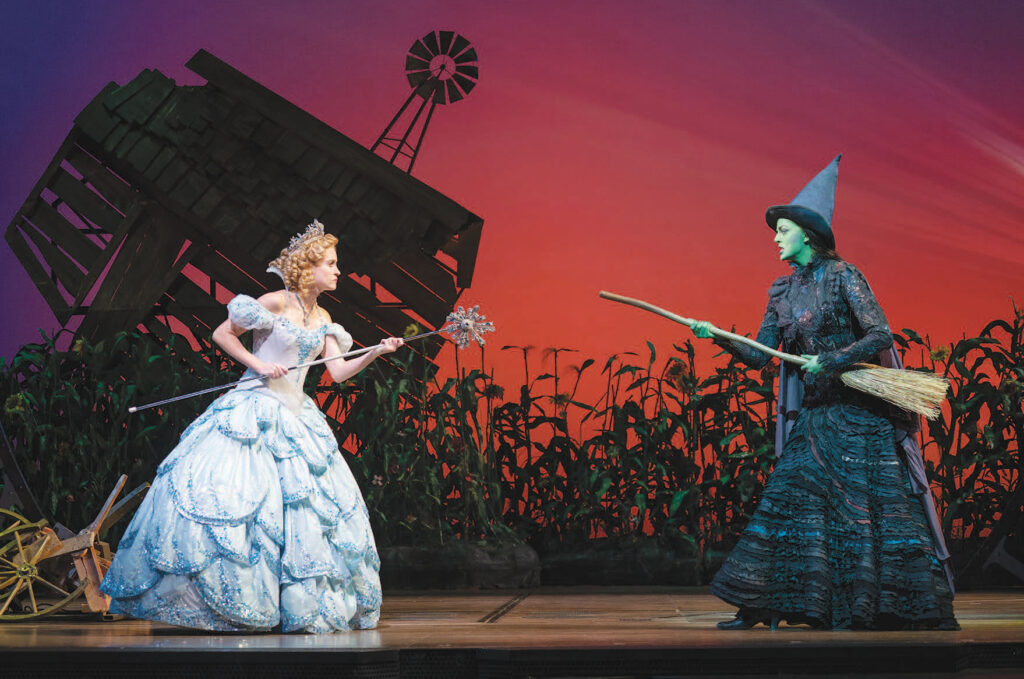 Allison Bailey (left) as the “good” witch and Talia Suskauer as the “bad” witch in the upcoming production of “Wicked” at the Tanger Performing Arts Center. 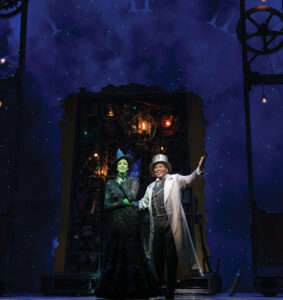 The Steven B. Tanger Performing Arts Center is gearing up to present its first Broadway play, WICKED. With opening day on October 6, it will run at the Tanger Center until October 24.
The musical, which first premiered in 2003, looks at what happened in the Land of Oz, but from a different angle. Long before Dorothy arrives, there is another young woman, born with emerald-green skin — smart, fiery, misunderstood and possessing an extraordinary talent. She meets a bubbly blonde who is exceptionally popular, and their initial rivalry turns into the unlikeliest of friendships, until the world decides to call one “good,” and the other one “wicked.”

WICKED is a Broadway musical, with music and lyrics by Stephen Schwartz and a book by Winnie Holzman. It is based on the 1995 Gregory Maguire novel Wicked: The Life and Times of the Wicked Witch of the West, which is already a retelling of the classic 1900 novel, The Wonderful Wizard of Oz by L. Frank Baum and the 1939 Metro-Goldwyn-Mayer film “The Wizard of Oz.”

Now the 5th longest running show in Broadway history, WICKED is the winner of more than 100 international awards including the Grammy Award and three Tony Awards. Over the past 18 years, WICKED has been performed in more than 100 cities in 16 countries around the world (U.S., Canada, United Kingdom, Ireland, Japan, Germany, Holland, Australia, New Zealand, Singapore, South Korea, The Philippines, Mexico, Brazil, Switzerland and China) and has thus far been translated into six languages: Japanese, German, Dutch, Spanish, Korean and Portuguese.

For more information on upcoming performances and events at the Tanger Center, visit: www.tangercenter.com.