The two African American women running in the 2022 U.S. Senate race on the Democratic side have wasted little time taking to social media to address the issues surrounding the controversial April 21 fatal police shooting of Andrew Brown Jr. in Elizabeth City. 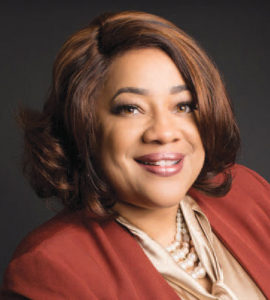 “Black men and women are being killed with impunity across the country,” Smith wrote via Twitter Monday, the day of Brown’s funeral. “We deserve and demand accountability. We deserve and demand justice. It’s for this case that we march, that we organize, and that we fight. #AndrewBrownJr. #ElizabethCity.”

“How long are we going to allow Black men and Black women to be shot down by the very people supposed to protect us?” Smith wrote in a follow-up tweet. “We can’t wait another day.”

And finally, former Sen. Smith in another tweet, “RELEASE THE TAPE, THE WHOLE TAPE,” a reference to the police bodycam video that has been withheld from the family, the public and the press by a Superior Court judge, by request of the Pasquotank district attorney, until an SBI investigation has been completed.

Andrew Brown Jr.’s family and only one attorney were allowed to see only 20 seconds of the video from one of the five cameras recording. They were not allowed to retain any copies.

Cheri Beasley, who just entered the 2022 Senate last week, took to Facebook to express her dissatisfaction with the judge who denied the Brown family’s petition to release the tape. 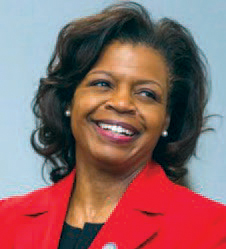 This decision is an injustice to Andrew Brown’s family and the people of Elizabeth City,” Beasley wrote. “The full footage should be publicly released without delay.”
Beasley continued, “The federal investigation and the Governor’s call for a special prosecutor are urgently needed to ensure accountability and transparency and prevent these tragedies from recurring.”

Ironically, it was a Republican candidate also in the 2022 U.S. Senate race – former N.C. Gov. Pat McCrory – who signed the bill into law that withholds police bodycam footage from the public. According to the North Carolina law, such footage can only be released by order of a judge.

Brown, 46, was killed when Pasquotank County Sheriff’s deputies were reportedly serving him with a warrant at his home. At one point, Brown apparently attempted to get away from the deputies in a vehicle and was shot in the process.

A private autopsy commissioned by Brown’s family revealed that he was shot four times in the arm, and once fatally to the back of his head.

His family and attorneys called Andrew Brown’s killing by sheriff’s deputies “an execution.”

He reportedly was unarmed at the time.

During Monday’s funeral service, in which Rev Al Sharpton delivered the eulogy and Rev. Dr. William Barber offered the Brown family worship of comfort, friends and family gathered to say goodbye, but also join in unity in a call for justice.

“The Holy Ghost is going to stand with you,” Rev. Barber told the family, “…until the truth comes out.”