Sisters in Stem – Challenges and Triumphs 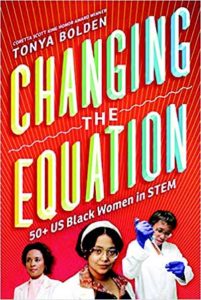 Few in these United States had heard of Katherine Johnson, the gifted mathematician who finished high school and college at 18. How could we know when scientists are often stereotyped as old White men wearing white lab coats, with glasses sliding down their noses? You might not have known unless you’d picked up Margot Lee Shetterly’s book (2015), Hidden Figures: The Story of the African-American Women Who Helped Win the Space Race, or saw the movie Hidden Figures, which was loosely based on the book. Thanks to the film, more people know of Katherine Johnson’s outstanding work.

Katherine Johnson made her transition at the end of February at the robust age of 101, on the cusp of Women’s History Month. Because of the film and the heightened awareness of the many Black women who were scientific pioneers, President Barack Obama awarded her the Medal of Freedom in 2015. A building is named after her at the Langley Air Force Base in Hampton, Virginia. Hopefully, thousands of young Black girls who aspire to careers in science are inspired and motivated by her.

Katherine Johnson was classified as a “sub-professional,” ranking only slightly higher than janitors and clerical workers. Yet she was the “computer” (which is what she was called) that astronaut John Glenn asked to check the math that a mainframe computer had done. Her work is still being used today. Johnson graduated from an HBCU at 18. She was mentored by William Schieffelin Claytor, reportedly only the third African American to earn a Ph.D. in mathematics. She and Claytor may not have crossed paths had not segregation limited Claytor’s choices. Most Blacks who earned doctorates taught at HBCUs because others would not hire them, or if they were hired, they were treated differently, and often disrespectfully. 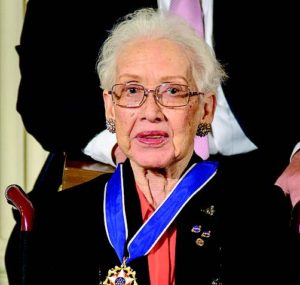 If Black girls (and the rest of us) are excited by the legacy of the late Katherine Johnson, they will be further inspired by a new book by Tanya Bolden, Changing the Equation: 50+ Black Women in STEM (Abrams Books) that highlights Black women scientists in an array of fields, including medicine. It is being marketed as a children’s book, but anyone can pick up this book and learn more about the women who forged a career path that few women and even fewer Black women have attempted. Changing the Equation was meticulously researched and includes a glossary of terms and career descriptions. Not only is it a perfect gift for aspiring scientists, but it is also a necessary resource for librarians and science teachers.

Most of the women in this book are not widely known, which makes this book all the more valuable. Dr. Rebecca Lee (Davis) Crumpler was the first Black woman to earn a medical degree. She attended the New England Female Medical College and graduated in 1864. She worked, for a time, at the Freedman’s Bureau, the organization charged with addressing the needs of people who were formerly enslaved. Also in the medical field, Dr. Myra Adele Logan was the first woman and only the ninth person to perform open-heart surgery in 1943.

Today, just two percent of our nation’s physicians are Black women, and despite the need for more medical professionals, that low number has not improved. In 2016, Dr. Tamika Cross attempted to assist a patient in distress on a flight, while flight attendants asked her if she was ‘an actual physician.” Two years later, in a similar situation, Dr. Fatima Cody Stanford attempted to offer medical assistance on a flight and had several requests for ID. 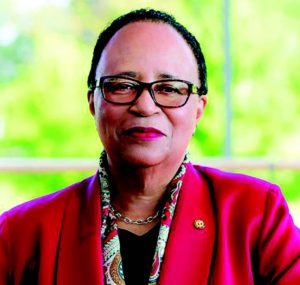 Many do not consider physicians when they look at folks in the STEM fields, but one might argue that they must master the same rigorous coursework that doctors undertake. Bolden chooses to include physicians in her book, and that is an enhancement, not a distraction, from the message that Black women “Change the Equation” when they choose to study math, science, and medicine.
Bolden showcases women who have made their mark in history, and others who will continue to make history. Dr. Shirley Ann Jackson was the first Black woman to earn a Ph.D. from MIT in 1973. She is the inventor of call waiting and caller ID. Today she serves as President of the Rensselaer Polytechnic Institute. She served on the Nuclear Regulatory Commission in the Clinton Administration and was awarded the National Medal of Science by President Obama.

The women Tanya Bolden highlights include engineers, biologists, robotics specialists, and others, amazing women who, while “hidden” from the public eye, make significant contributions in medicine and the other STEM fields. All too often, Women’s History Month tends to focus on women in the humanities or politics, sending the signal to our young women that the sciences do not deserve attention. Changing the Equation reminds us that there are trailblazing women in the sciences that can serve as inspiration and virtual role models for all of us.