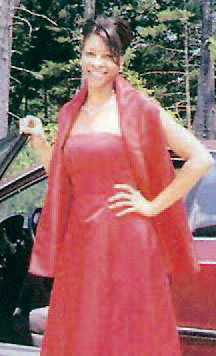 Under a sea of purple balloons released in remembrance of the lives lost to domestic violence every year, and one yellow balloon, Portia Shipman recounted the story of the death of her friend, Sherri Denese Jackson. The yellow balloon is for Jackson.

“Not only was she loving, smart and beautiful, she wasn’t like anyone I have ever met in my life,” said Shipman, standing under a large billboard with the number to the foundation’s domestic violence helpline.

Twenty-seven-year-old Jackson was reported missing in November 2006. After a 19-month search by her family, friends and police, her boyfriend of only eight months at the time of her disappearance, DeCarlo Bennett, finally led investigators to Jackson’s body. He had strangled her and buried her in his mother’s backyard at a home on Pine Meadow Court in Greensboro. He was convicted of second-degree murder and sentenced to 13 years in jail as part of a plea deal for leading detectives to Jackson’s body. Bennett was released on January 23, 2021.

Friday’s event was part of the foundation’s most recent domestic violence awareness campaign that began in October 2020. It includes several city buses, yard signage and five billboards, including one in Durham – Bennett’s hometown – that encourages domestic violence victims to seek help. The day before his release from jail, foundation members and supporters gathered in front of the billboard in Durham, which is erected less than a mile from his mother’s current residence.

“Being in Durham, North Carolina, the home of DeCarlo Bennett, makes a difference. For 13 years, since the day that DeCarlo Bennett received the sentence for second degree murder, I have been spreading domestic violence awareness and taking the color purple with me,” said Shipman. 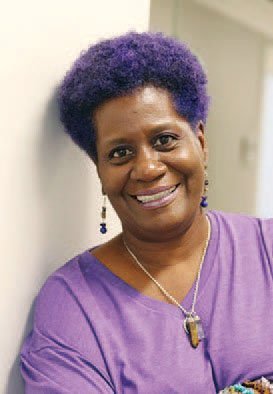 “We wanted to let him know that her name is everywhere. All these years later, she is still helping save lives. Whatever you did to try to silence her, you have just made bigger in her absence,” she added.

Founded in 2008, The Sherri Denese Jackson Foundation for the Prevention of Domestic Violence works to educate and provide awareness to the community to help prevent domestic violence. Every year on June 26, 2008, the day that Jackson’s body was discovered, the foundation holds a candlelight vigil and a balloon release in her memory. It also marks the day that Shipman made a vow to Jackson’s parents to do something to ensure that no other families have to suffer from losing a loved one to domestic violence.

“That day in the courtroom, when he was charged, changed my life forever,” said Shipman who added that Jackson’s parents have been very involved with the organization over the years, but due to health issues were not able to attend Friday’s event.

In the years following Jackson’s death, her story has appeared in documentaries and multiple crime re-enactment shows, all from her friends’ and family’s tireless efforts to help victims. According to the N.C. Coalition Against Domestic Violence there were 50 domestic violence related homicides across the state in 2020. In 2006, the year that Jackson went missing, there were 83 domestic violence related homicides reported in the state of North Carolina, and 82 in 2008 when she was found.

“My mother’s hard work has helped spread this important message all over the world. Our foundation is here to promote domestic violence awareness for prevention,” said Shipman’s daughter and foundation co-founder, Terri Montrel Johnson. 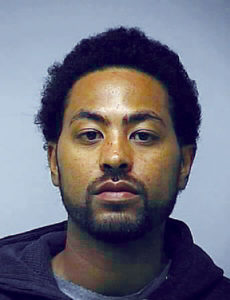 The nonprofit’s prevention efforts include a national domestic violence campaign called “Paint The City Purple.” It has been held annually since October 2015, in observance of National Domestic Violence Awareness month, and encourages businesses, schools and communities to work towards the prevention of domestic violence, utilizing the color purple.

“We do ‘Paint The City Purple’ every day because domestic violence happens every second of the day. We are about prevention and the way we prevent it is we bring awareness to it and talk about it to take the stigma away,” said Madonna Jackson, the foundation’s community outreach coordinator.

Shipman is currently working on bringing her next vision to life – a community center to help bring essential services to a one-stop location. Shipman said the proposed center would help expand the foundation’s work against domestic violence, and also provide resources for things like healthcare, employment, mental health, crime prevention and re-entry efforts for community members. She said her goal is to be a safety net for communities of color, who have felt the current systems in place have failed them.

“We have to teach people to believe in themselves. We have to be willing to uplift our community. That is how we build up our community,” she said. “Let us in Greensboro be the model of what could happen when we come together to build something for people who have been in a state of despair since they were brought to this land.”

The foundation is also preparing to launch another awareness campaign called, “I Am Purple,” to empower survivors of domestic violence. Shipman noted that sharing Jackson’s story hasn’t gotten easier over the years, but she believes that through keeping her memory alive, the organization is also saving lives.

“He (Bennett) is 42 years old right now. Sherri will never be back,” said Shipman. “But her voice will never die. It will live on through this foundation.”

For more information, visit www.sdjfnc.org or call the SDJ Foundation Helpline at 336-510-9292.