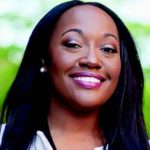 With the NC General Assembly back in session this week, one of the more notable bills filed of particular interest to the African American community is Senate Bill 775, “Funds/Est. Black Women & Girls Task Force.”

“An act to establish the North Carolina Black Women and Girls Task Force and to appropriate funds for the task force,” the heading says.

Filed on Thursday, May 14th by senators Erica D. Smith [Bertie] and Natalie Murdock [Durham], the Task Force shall serve as an advisory committee to study disaggregated findings concerning the well-being of cisgender and transgender Black women and girls in the state. In conducting this examination, the task force shall examine the following issues: 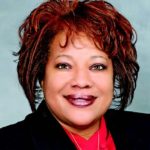 If established, the N.C. Black Women and Girls Task Force would be in the N.C. Dept. of Administration “for budgetary purposes only.”

There would be 13 members, consisting of:

All members would be appointed for two years. The act would become effective July 1, 2020.

Understand the symptoms of caregiver burn out