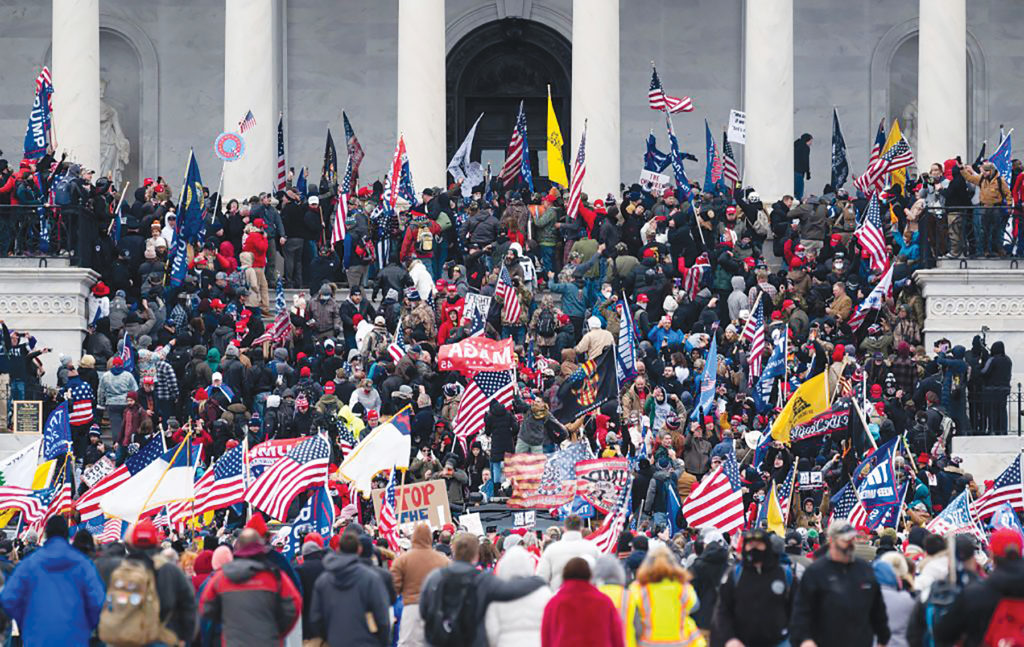 WASHINGTON, D.C. – At Peacemaker press time, Wednesday afternoon (January 6), chaos and confusion broke loose at the U.S. Capitol Building in Washington, D.C. as thousands of supporters of U.S. President Donald Trump stormed the Capitol in an attempt to interfere with the certification of Electoral College votes. Such certification is a tradition which seals the 2020 presidential election results.

Since the Nov. 3, 2020 election, President Trump and some of his supporters have falsely asserted that the election was stolen from him. President-elect Joseph R. Biden, the incoming 46th President of the United States said the storming of the capitol was an act of insurrection which fans the flames of division and hatred.

Pro-Trump supporters climbed the Capitol walls, broke doors and windows to gain entry in the building. Some protestors even entered the U.S Senate chamber as well as the office of U.S. Rep. Nancy Pelosi, Speaker of the House. One person has been shot.

All government buildings in Washington, D.C. are under the jurisdiction of the Capitol Police, which is separate from the Washington D.C. Police Department. D.C. Mayor Muriel Bowser has placed the city under a 6 p.m. curfew.