School curriculums and the new politics of fear 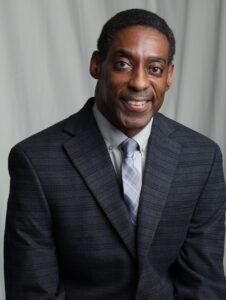 There are two undisputable facts. First, most people really have little understanding of the true meaning of critical race theory (CRT). Second, there is little evidence that critical race theory is taught in K-12 classes. The means by which students learn about the past represents the latest rallying cry among political conservatives. For that reason, we have seen attempted recalls and threats of violence against school board members. Superintendents and school teachers are less willing to address racism within their schools districts, thereby being silenced out of fear. In one state, legislators passed a law which would allow the state to withhold funding if schools failed to follow the state’s guidance on how to teach about slavery. This is not the first time we have seen political and cultural backlashes based on unsubstantiated claims.

The 2008 presidential election was a turning point in illustrating the potential voting power of Black and Brown people. It became evident that early voting, with its flexible hours and increased number of days, made it convenient for working class, minorities, students, and the elderly to get out and vote. As a result, high voter turnout helped propel Barack Obama in becoming the first U.S. president of color. The political and cultural reaction to this historic election came in the form of voter suppression laws and restrictions despite there being no tangible evidence of voter fraud. The goal of the laws is to increase the chances of winning elections in the future.

Most of us never heard of CRT until recently. It was then-president Donald Trump who characterized any effort by schools to address systemic racism as critical race theory. The murder of George Floyd and the subsequent public demonstrations led to a higher public awareness and open discussions concerning racial injustice and White privilege. People were starting to have the type of constructive discussions which were long overdue, the type of discussions which could lead to permanent changes. The George Floyd protests served as a moral catalyst which caused the nation to take a hard look at how people of color are treated. Unfortunately, anything which promotes diversity and inclusion will be met with resistance from various segments of society. Critics argue that certain truthful lessons about history will cast all White people as oppressors and all people of color as victims. CRT has become the enemy which should be feared and defeated. It is a gold mine for those looking for ways to limit the effects of open dialogue and social awareness regarding systemic racism. It generates the type of anger and fear which will motivate and mobilize White parents and voters. CRT will not only become an election issue for gubernatorial and midterm races, but school board races are now getting increased attention from it.

The way CRT is used by parents, educators and elected officials as a cultural and political weapon is the perfect example of systemic racism. Many people do not want an accurate depiction of history being taught because it will make certain people uncomfortable. We must note there’s another side to the story. There are people who are also uncomfortable due to the gross omissions and whitewashed stories throughout history books. The American story, in its entirety, will show the good in all people as well as the bad. The complexity of the truth will also produce a wide range of emotions by people of all races and from all walks of life.

In Texas, even before legislation was passed to resist CRT, Hispanic students rarely saw themselves reflected in the history they were taught. While we recognize November as Native American Heritage Month, Native American students can also point to omissions and inaccuracies throughout school curriculums. During my years in school, the Native American experiences surrounding the “Trail of Tears” was never taught. Most people are still unaware of this particular Native American dispossession through the Indian Removal Act of 1830. More than 60,000 Native Americans were removed from their ancestral land and made to walk more than one thousand miles from the Deep South to the area now known as Oklahoma. The brutal journey which resulted in thousands of deaths is another whitewashed untold story of history.

For most native cultures, the primary means of transmitting and understanding the truth of their history has been through oral tradition. Stories are passed from one generation to the next through speech. Many Native Americans personally see their plight as being the same plight facing the Black community. Both have suffered from racial abuse and intimidation, higher rates of unemployment, higher levels of incarcerations, income inequality, inadequate housing, poorer health, incorrect and inappropriate depictions within the media and arts, and constantly being the target of voter suppression tactics. In October of this year, the U.S. Senate modified the John R. Lewis Voting Rights Advancement Act to include the Native American Voting Rights Act (NAVRA) as part of the bill. The experiences of oppressed people from all backgrounds will always be tied together.

America has a “truth” problem. The truth is being rejected for political and cultural reasons. There is no K-12 school curriculum where CRT is taught. There is no voter fraud. There was no stolen election. And the pandemic is not a hoax.

David W. Marshall is founder of the faith-based organization, TRB: The Reconciled Body, and author of the book “God Bless Our Divided America”. He can be reached at www.davidwmarshallauthor.com.