The Guilford County School board voted to close one school and approved a request for funds to repair another school at its May 14 meeting.

The board voted 6 to 3 to close Hampton Elementary School, at 2301 Trade Street in East Greensboro. Board members Byron Gladden (District 7), Darlene Garrett (District 5) and Linda Welborn (District 4) voted no.

District 7 board member Byron Gladden noted that Hampton Elementary has been receiving some of its best test scores to date since sharing a space with Reedy Fork Elementary.

“I have spoken with parents, teachers and people in the community, and this has not been an easy process. Hampton is doing some of the best scores they have ever done. But the commute is becoming a hardship on the parents of that community. I do think there could have been other alternatives in the short amount of time to do something. I understand that the heart of the community is Hampton. Hampton should stay.” said Gladden.

Reducing operations at the three tornado damaged schools — Hampton, Peeler and Erwin-Montessori Elementary — is estimated to save the district about $2 million.

District 5 board member Darlene Garrett said she thinks the board should find a way to save Hampton. 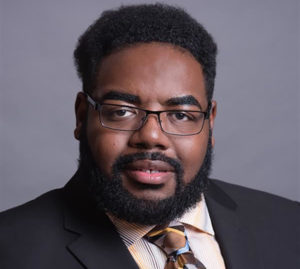 “I know we have some issues there. If this were in my district, people would want us to do whatever we can to fix what’s wrong. I know we don’t have the money, but that shouldn’t be stopping us,” said Garrett.

A memo from GCS Superintendent Sharon Contreras to the school board dated May 10, outlined her reasons for recommending Hampton’s closure. The report listed the poor condition of the school prior to the tornado, followed by the extensive damage caused by the tornado, and the fact that the 55-year-old building sits adjacent from a former landfill site. Monitored by the N.C. Department of Environmental Quality, a recent report shows a disturbance in the soil in the area by the tornado, which Contreras said also prompted the GCS administration to decide not to rebuild on that site.

Contreras also shared recent survey results of Hampton parents who have decided to send their children to other schools next year, dramatically reducing the number of students the school is traditionally accustomed to serving.

Built in 1964, the school was named for William Milford Hampton, a respected physician and the first African American elected to the Greensboro City Council. Contreras has said the district hopes to build a new combined Hampton-Peeler Elementary School in the future.

School board members also voted to approve a $700 million school budget request for 2019-20, that will go before the Guilford County Board of Commissioners that includes raises for teachers, and school support staff, as well as funds for five new CTE programs and maintenance repairs to schools.

Parents of Gateway Education Center students also spoke at the meeting, thanking the board for their support of keeping the school open and operating for special needs students in East Greensboro. The district notified parents on April 12 that the school would be closing and students would be transferred to other special needs schools. Parents and supporters spoke out against the recommendation, citing concerns about students being on a school bus for extended periods of time, transportation barriers for families, disruption to the students’ learning environment, and over-crowding at the schools they transfer to.

“On behalf of the Gateway Education Center PTA and the Greensboro Cerebral Palsy Board of Directors, I would like to express my sincere appreciation to the superintendent for her commitment to making much needed repairs to Gateway — to ensuring the children of Gateway will have their support system, their community and their school for years to come,” said Dania Ermentrout, Gateway PTA president and parent.

The board voted at its last meeting to reallocate $1.8 million of the $7 million in bond money for CTE to make repairs to Gateway. With about 147 students enrolled, 63 percent are African American, according to GCS numbers. 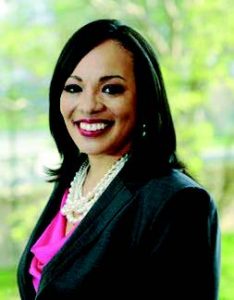 Other speakers at the meeting, donning black shirts with the words, “Stand with Black Women, Demand Respect For Our Leadership,” accused the board of catering to the White parents of Gateway, not taking care of the district’s Black and Brown children, and not supporting the superintendent. The back of the shirts read, “Support Dr. Contreras.”

“This board sent a strong message at the last board meeting. What I heard was the concerns of White parents are much more important than those of Black parents,” said community member Kirsten Castle.

“I watched White parents who were upset that their school had significant repair needs, walk out with $1.8 million, jumping their school out of the rotation established by GCS for repairs — taking with them money that had been promised for CTE programs,” she added.

The new proposed CTE plan redistributes $5.9 million to fund CTE renovation and building projects at five schools, instead of six. The plan cuts an advanced Manufacturing & Engineering academy at Southeast Guilford High School and a diesel technology program at Western High School. Students who applied to those two eliminated programs are encouraged to apply for another CTE program that is available.

While Gladden agrees that Black and Brown students have been left out of many funding discussions over the years, he also stated that the children and parents at Gateway are not ‘privileged’ in any way.

“Many of those parents at Gateway are on public assistance. Many of the Black and Brown parents of Gateway do not have the support system to find someone to watch their special needs child so they can come to a school board meeting. Many of these parents haven’t had a full night’s sleep since their child was born. There is nothing privileged about that,” he said.

The Guilford County Board of Commissioners is expected to take vote on the budget request at its May 16 meeting.