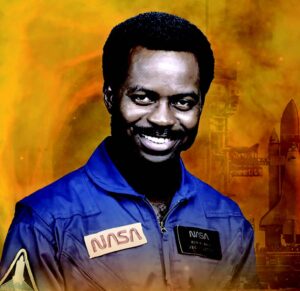 Due to COVID-19 restrictions, the event will be held via the virtual live stream presentation, “Honoring the Legacy of Dr. Ronald E. McNair: Breaking Barriers- A Celebration of STEM Success.”

Part of an annual celebration, the event will include special greetings by N.C. A&T Chancellor Harold L. Martin Sr.; City of Greensboro Mayor Nancy Vaughan; and McNair’s wife Cheryl McNair as well as several science, technology, engineering and mathematics (STEM) students who recognize McNair as a pioneer, leader and unspoken mentor and hero. Many will elaborate on the inspiration and impact of McNair on their lives. Additionally, several alumni will reflect on how McNair’s body of work influences them professionally.

In years past, the celebration has included presentations from students, step shows, and special guest speakers that included McNair’s older brother, Carl, who led the Dr. Ronald E. McNair Foundation, Inc. as well as former chancellors and other notable figures.

McNair graduated from N.C. A&T in 1971 with a B.S. in physics and went on to the Massachusetts Institute of Technology, where he earned his Ph.D. in physics five years later.

In 1978, McNair, one of the first African American astronauts, was selected as a mission specialist astronaut for the National Aeronautics and Space Administration Space Shuttle Program. On Jan. 28, 1986, he was aboard the Challenger for his second mission when it experienced fatal malfunctions upon takeoff. McNair died along with six other crew members.

Aside from academics, his legacy at N.C. A&T runs deep as McNair helped A&T secure a grant from NASA to encourage students to do scientific research. That grant formed the Student Space Shuttle Project at A&T, and in 1980, students from different science and engineering disciplines became the first class to partner together on various projects led by A&T physics professor Dr. Stuart Ahrens. Fourteen years later, two student-built mini-labs flew on board Endeavor, the space shuttle built to replace Challenger.

McNair has been honored with numerous posthumous awards and acclamations around the country. In 1987, the newly built engineering building at A&T was dedicated and named Ronald E. McNair Hall. Also in his honor, MIT named the building for astrophysics and space research after McNair. In 1988, The U.S. Department of Education developed the Ronald E. McNair Post-Baccalaureate Achievement Program for students with low income, first generation students, and/or under represented students in graduate education for doctorate education. In 2007, The Greensboro Running Club, Omega Psi Phi Fraternity, Inc., A&T State University, and the United Way of Greater Greensboro held the Dr. Ronald E. McNair Memorial 5K Run/Walk in his honor.

This year’s virtual program will also include presentations from library archives featuring video of McNair, footage of the newly renovated university planetarium housed in the physics department and reflections from McNair’s fraternity Omega Psi Phi.

Free online registration is required on the university’s website at www.ncat.edu.