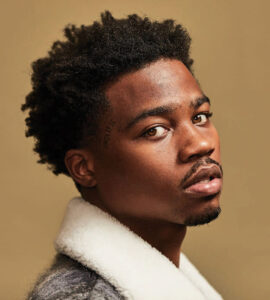 The last time a GHOE (Greatest Homecoming on Earth) concert was held was in 2019 and was headlined by Grammy-award-winning 21 Savage along with other performances from Stunna 4 Vegas, Yo Gotti, Blac Youngsta, and a special guest, singer Ari Lenox.

North Carolina A&T psychology student, Amber Strong, stated, “I had the most amazing time at the concert my freshman year. I wish I could have experienced it in 2020 but I’m even more excited to go to the concert this year.”

This year’s concert will be held Wednesday, October 27 at 7 p.m. at the Greensboro Coliseum and ticket prices range from $79.50 to $106.50. Furthermore, face coverings will be required for this event. Tickets are available at Ticketmaster.com, the Coliseum and Brown Hall.

Roddy Ricch will be headlining this year’s concert after releasing his debut album, “Please Excuse Me For Being Antisocial.” Born Rodrick Wayne Moore Jr, Moore rose to fame with his 2018 single, “Die Young,” which debuted at 98 on the Billboard Hot 100. Upon releasing his album, he earned his first number one on the Billboard chart with his song, “The Box.” This album included other songs featuring fellow rappers such as Gunna, Meek Mill, and singer Ty Dolla $ign.

Moneybagg Yo, born DeMario DeWayne White Jr., released his first album “Reset” on November 2, 2018, with guest appearances from other rappers, J. Cole, Future and Kodak Black. He released his fourth studio album, “A Gangster’s Pain” on April 23, 2021. This album became his first chart-topping project with hits like “Wockesha” and “Time Today.”

Singer Ty Dolla $ign will also be performing at this year’s concert after the release of his 2020 album, “Featuring Ty Dolla $ign.” Born Tyrone William Griffing Jr, he quickly rose to fame upon releasing his song “Toot It and Boot It” in 2010 with friend and rapper, YG. His first studio album, “Free TC,” was released on November 13, 2015 and debuted at number 14 on the Billboard charts.

Along with the other acts, two special guests, Erica Banks and Flipp Dinero will also be in attendance. Erica Banks, who is currently signed to 1501 Certified Entertainment garnered attention from her song “Buss It” from her self-titled mixtape. Her song was featured on the popular app Tik Tok and was used in a trend titled the “Buss It Challenge.”

Flipp Dinero, born Christopher St. Victor, gained attention from his song “Leave Me Alone” in 2018 after Cleveland Browns player Odell Beckham danced to the song in an Instagram video. The song has since gone 4x platinum.