Ray Kermit Flowers, son of the late James Vernel Flowers and Mattie Tillman Flowers, was born in Wadesboro, N.C. on March 25, 1939. He entered into eternal rest on July 16, 2022.

Flowers graduated from Anson County Training School in 1957 where he excelled as a student, athlete, and class leader. He graduated from what is now North Carolina Agricultural and State University in 1960 with a degree in Electrical Technology and married his wife of 58 years, Martha Tatum Flowers in the same year. To this union one daughter, Saundra Flowers DeLauder, and one son, Hugh DaVinci Flowers, was born.

He joined the Greensboro Fire Department in 1961 as a member of the first class of African American firefighters and rendered more than 37 years of service to the Department before retiring in 1999. During his tenure, he served in several leadership capacities; achieving the rank of Captain in 1975, Battalion Chief in 1979, Deputy Chief in 1988, and Fire Chief in 1993; becoming the first African American to achieve this distinction in the history of the organization. Under his leadership as Fire Chief, the department became only one of seven fire departments in the world, accredited through the Commission on Fire Accreditation International Department worldwide, to attain international accreditation and maintain an Insurance Service Office (ISO) Class I rating. His service to the Greensboro Fire Department was recognized in December 2021 with a dedication and ribbon-cutting ceremony of Fire Station 7 that now bears his name. 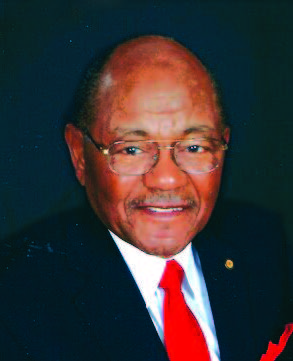 During his youth, Flowers joined Gatewood Station AME Zion Church, located in Morven, N.C. He later joined Reid Memorial CME Church and Bethel AME Church, both in Greensboro, N.C. As a member at Bethel, Ray quickly became involved in the activities and programs of the church serving on the Steward Board, the church choir, the Public Safety Committee, the Public Relations Commission, Church Bible Study, Sunday School and Drama Ministry. Bethel recognized his service in 2019 as Man of the Year.

In addition to his parents, Flowers was preceded in death by his two brothers James W. Flowers and Vernel L. Flowers.

A home-going celebration will be held on Friday, July 22, 2022 in Bethel AME Church, 200 N Regan St.; Greensboro at 12 p.m. Interment will follow in Lakeview Memorial Park.