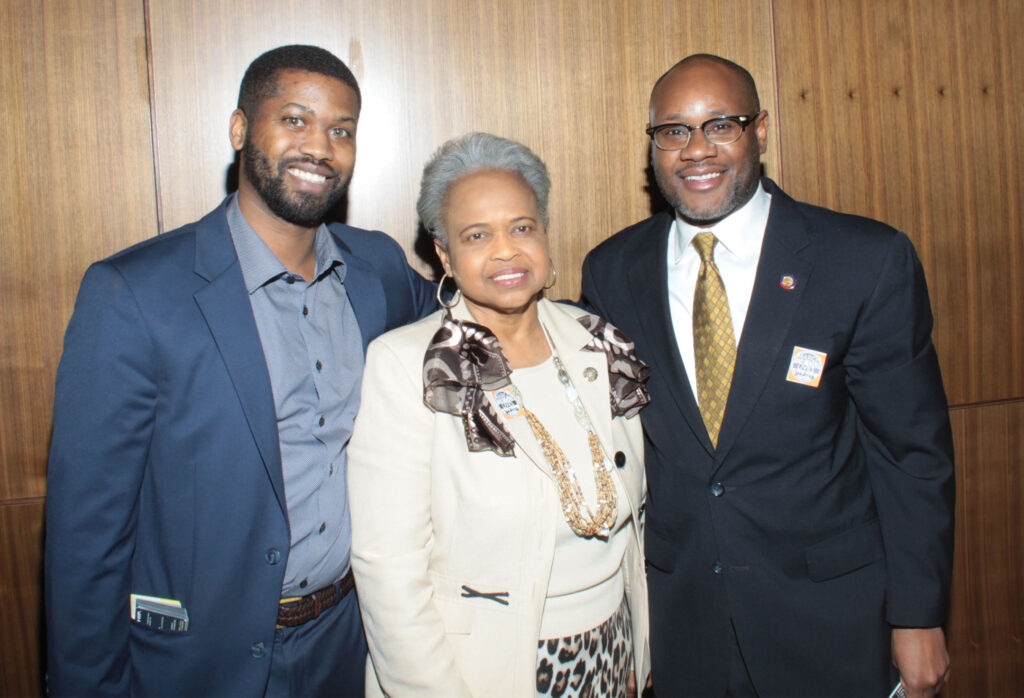 The meeting served as a way to update citizens about legislation being proposed and passed at the N.C. General Assembly. Legislators answered questions and discussed their positions on issues regarding gun violence, class size mandate, health care and education.

“Not one more gun can be prioritized over a child’s life. Not one more child can be taken from their family. Not one more excuse can be made. The time to talk is over and the time for action is now,” said Grimsley High School freshman, Nico Gleason. 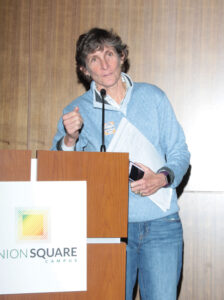 Gleason and other high school students are addressing gun control legislation with March For Our Lives, a national high school student-led demonstration, with marches to take place across the United States on March 24. The Greensboro march will be held downtown in LeBauer Park.

“We are so proud of these young people taking leadership with this issue,” said Robinson.

Greensboro resident, Clarence Wright said as a legal gun owner, he believes that legislation needs to be passed that keeps detailed records of ownership of a firearm, similar to how car titles are used.

“This buying and selling of guns with no tracking has to stop. We have to close this loophole where someone who legally buys a gun, can sell it illegally,” said Wright.

N.C. House Bill 723, filed in April 2017 by Rep. Harrison and co-sponsored by Rep. Brockman, is designed to strengthen regulations on background checks for gun ownership. The bill was referred to the Committee on Judiciary I, where it currently sits.

Since the tragic school shooting in Parkland, Florida only two weeks ago, President Donald Trump has voiced support for the idea of arming teachers with guns to prevent future school shootings. An idea that Greensboro resident, Catherine Netter calls ‘foolish.’

“I can’t imagine trying to concentrate on a classroom and still be cognizant that I have a gun on my hip at the same time. It’s just not going to work. Teachers already have enough responsibility,” said Netter.

She went on to say that it’s important that people realize that it’s not just about laws, but also about whom voters elect to enforce or carry out those laws.

In addition to safety in schools, residents prodded legislators about school vouchers and funding for public education. There is currently a $1.9 million school construction bond on the table for the Guilford County November 2018 ballot. The legislators all agreed that they support the school bond and would continue to push for it.

“I’ve seen firsthand the dismantling of our public education system by this General Assembly. I want to stress the need to prioritize education again,” said Brockman.

The legislative short session begins May 16 and Rep. Harrison noted that judiciary redistricting is an important matter to keep an eye on. Judicial races are going partisan and there will be no primary for them, meaning there is no limit to the number of candidates that can appear on a ballot, causing voter confusion.

“These races are really important because when laws continue to be declared unconstitutional, the thought is to change the people who made those decisions. So be aware,” said Harrison.
North Carolina did not expand Medicaid last year, costing the state millions in revenue and leaving thousands without healthcare coverage.

Merle Green, Guilford County Department of Public Health director, asked lawmakers that when submitting bills for the expansion of Medicaid, to include language that covers the integration of behavioral and primary care services.

“We know that people have access to behavioral health, but when that’s over they still have high blood pressure, diabetes, cancer and various primary care issues,” said Green.

Robin Lane, board member of Health Care For All NC encouraged lawmakers and residents to support Guilford County Project One, proposed legislation that includes recommendations for healthcare in schools focused on funding and staffing. According to Lane, Guilford County guidelines give schools one nurse for every 750 students, so it’s important that they are supported.

While anyone can call lawmakers and lobby for things on their own, Robinson welcomed constituents to bring ideas and concerns to their elected representatives.

“We are your elected officials and you have the right to bring issues to us for us to advocate on your behalf,” said Robinson.