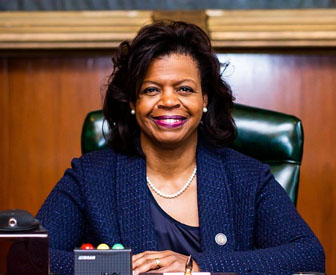 According to the Conservative Carolina Journal, former N.C. Chief Justice Cheri Beasley, a Democrat, is preparing to announce a 2022 run for the U.S. Senate.

If a report this week in the conservative Carolina Journal is to be believed, former N.C. Chief Justice Cheri Beasley, a Democrat, is preparing to announce a 2022 run for the U.S. Senate from North Carolina, hoping to take the soon to be vacated seat of outgoing Republican Sen. Richard Burr.

According to the Carolina Journal, an online publication of the conservative Raleigh-based John Locke Foundation, Beasley, who is currently a partner at McGuirewood Law Firm in Raleigh, has hired a new campaign consultant in preparation for her upcoming announcement.

This would be Smith’s second run for a U.S. Senate seat. She lost to Cal Cunningham in the Democratic primary to unseat Republican incumbent Sen. Thom Tillis in 2020.

Currently there is one other candidate running in the Democratic primary, state Sen. Jeff Jackson (D – Mecklenburg).

Lara Trump, daughter-in-law of former Pres. Donald Trump, is also rumored to throw her hat into the ring. She has been heavily rumored to run against incumbent Fla. Senator Marco Rubio in 2022. A native of Wilmington, Trump would have to move back to North Carolina to establish her residency requirements.

According to the Carolina Journal article, Beasley is seen as the most formidable Democratic candidate possible for 2022. She’s seen as a good campaigner, and has statewide electoral experience, having just lost one of the tightest elections in North Carolina history when she missed election as chief justice by just 400 votes in November 2020.

Being a Black female candidate, Beasley is also seen as being popular with the base of the Democratic Party, especially since Black women lead all groups in Democratic voter turnout.

Her candidacy will draw lots of attention statewide and from across the nation, especially since, if Beasley were to be elected, she would replace Vice President Kamala Harris as the only Black woman elected to the U.S. Senate.

According to the Carolina Journal story, the expected 2022 contest would be between Democrat Cheri Beasley, and Republican Pat McCrory.

At press time, there was no confirmation of Beasley’s rumored candidacy.