Rep. Cori Bush is my shero

Congresswoman Cori Bush (D-MO) was once homeless. She wrote movingly (https://time.com/6085841/cori-bush-homelessness-crisis/) about sleeping with her babies in her car, with no place to go, nowhere to wash except a McDonald’s restroom, nowhere to exhale.

She was homeless and working, and among a group that has coined the term “unhoused” to convey the pain of living without a home, belongings stuffed into garbage bags, hot food an elusive possibility. Imagine that, and imagine that with infants, one just six months old, another not much older.

Bush has come a long way from her unhoused days, but she hasn’t forgotten them. That’s why she has spent several nights sleeping on the Capitol steps, joined by fellow members of Congress, Ayanna Pressley, AOC, and others. She is sleeping outside because nothing is going on inside. The eviction moratorium expired on July 31 without Congressional action, and as many as eleven million people may get eviction notices in the next few days unless Congress acts. 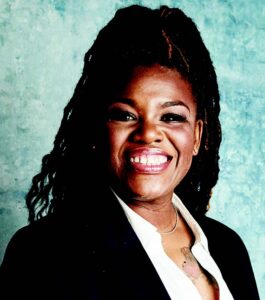 Typically, Congress does not convene in August. They are on vacation, or they are back in their districts holding constituent meetings. Truth be told, they are mostly on vacation, and Washington D.C. turns dead. Cori Bush says she could not imagine taking a holiday break while people are sleeping in the streets while Congress has taken no action. House Speaker Nancy Pelosi and the rest of the House leadership went home to enjoy their break.

Cori Bush and her colleagues are raising issues that have been ignored as we are “recovering” from the economic impact of COVID and its mutations. One in four Floridians and South Carolinians are behind on their rent. Black folks are four times more likely to owe rent than Whites are. Elderly Americans are disproportionately vulnerable to evictions – they, too, are running behind on their rent. And Congressional leaders have gone home.

Congressional leadership is Democratic, which is a frustrating aspect of the Democratic Party approach to economic justice. Speaker Pelosi might say that she did not move to extend the moratorium because she did not think it would pass. But why not try and force people to put their cards on the table. Are you in favor of mass evictions, or are you prepared to support fellow citizens who run the risk of going unhoused because the eviction moratorium has run out? Members of Congress, regardless of party, have unhoused people in their districts. It would be interesting to put them on record about their willingness to help some people who have suffered because of COVID and its aftermath.

Notably, economic growth in the second quarter of this year was a high 6.5 percent. That might suggest that relief is not needed for people at the bottom. Robust economic growth, though, has shown the uneven nature of economic recovery. Unemployment rates have dropped, but faster for Whites than for Black and Brown people. People are working, and wages have increased some, but the federal minimum wage is as low as it has been for the past decade, and there are no signs that it will rise soon. While cobbling together an infrastructure bill, Congress is still struggling to pass a budget bill that includes increasing the federal minimum wage. These are challenges that must be dealt with in the coming weeks. Meanwhile, however, a simple piece of legislation to extend the eviction moratorium until the end of the year could provide relief for millions.

Few members of Congress have had the experience that Congresswoman Cori Bush has. Certainly, some have experienced poverty, public assistance, and even public housing. But I’m not aware of another, besides Bush, who has had to sleep in her car with her babies. If others have had such experiences, they’ve not spoken of them because, in our individualistic economy, poverty is an embarrassment, a personal failure. But poverty is not personal; it’s political. Or predatory capitalistic system was designed to generate poverty and inequality. It was designed to create a housing shortage that pushes rents up and people out.

It was intended to trigger gentrification that has transformed many “hoods” into hot spots. Predatory capitalism was not designed to allow people to thrive.

Cori Bush has gone from being unhoused to working in the House of Representatives. She has not forgotten the days she slept in her car. How can her colleagues forget the millions at risk, running home instead of taking care of the business they were elected to handle? She is a warrior for justice, a courageous champion. She is, indeed, my shero!