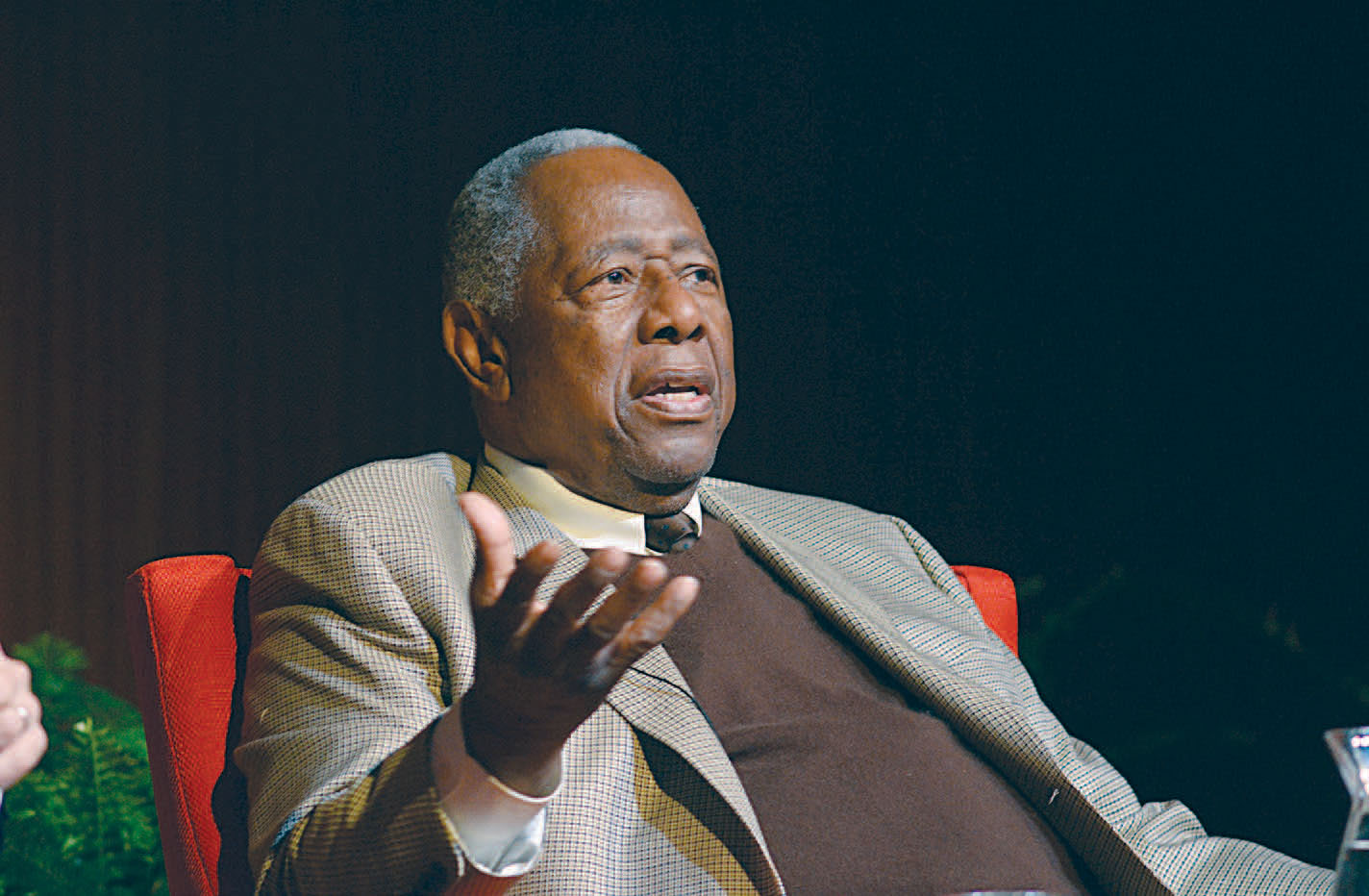 Baseball’s recognized home run king and an African American hero, Henry “Hank” Aaron, has died at the age of 86.

Aaron, who broke Babe Ruth’s all-time home run record on April 8, 1974, was not just a baseball legend but a hero to superstars.

“He’s the one man that I idolize more than myself,” the late boxing legend Muhammad Ali once said about Aaron.

While with the Atlanta Braves, Aaron tied Ruth’s mark of 714 homers on April 7. A day later, he slugged No. 715 against the Los Angeles Dodgers’ Al Downing.

Before and throughout his chase of Ruth’s longstanding record, Aaron was subjected to racism and hate. Death threats were common, and even some teammates and those throughout baseball despised Aaron as he approached their White hero’s record. 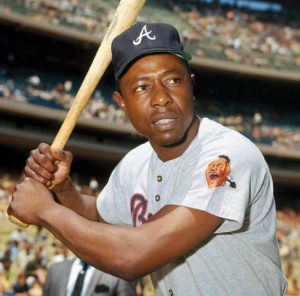 Henry Aaron, shown here in the late ‘60s with the Atlanta Braves, finished his career in 1976 with 755 home runs, then the Major League record, since eclipsed only by Barry Bonds’ 762.

Despite beefed up security at Atlanta’s Fulton County Stadium, some fans breached the outfield walls as Aaron trotted around the bases following his record-setting dinger.

Legendary footage shows at least two fans were able to physically greet Aaron as he rounded second base and fireworks exploded in the Atlanta night.

“A Black man is getting a standing ovation in the Deep South for breaking a record of an all-time baseball idol,” Dodgers announcer Vin Scully, who called the game, proclaimed as Aaron’s mother, family, and teammates greeted him at home plate.

Born Henry Louis Aaron on February 5, 1934, in a poor Black section of Mobile, Alabama, called “Down the Bay,” Hank Aaron was the third of eight children born to Estella and Herbert Aaron. Aaron’s father made his living as a tavern owner and a dry dock boilermaker’s assistant.

According to biography.com, Aaron and his family moved to the middle-class Toulminville neighborhood when he was eight years old.

Aaron, who became known as “Hammering Hank,” developed a strong affinity for baseball and football at a young age and focused more heavily on sports than his studies.

During his freshman and sophomore years, he attended Central High School, a segregated high school in Mobile, where he excelled at football and baseball.

Aaron first starred in the Negro Leagues in 1952 and again in 1953, batting .366, with five home runs and 33 RBIs in 26 official games. He began his Major League Baseball career in 1954 with the Milwaukee Braves and spent 23 seasons as an outfielder with Milwaukee – the franchise eventually moved to Atlanta.

Aaron finished his career with 755 home runs, a record topped by Barry Bonds of the San Francisco Giants in 2007. However, many baseball purists recognize Aaron as the true record holder, alleging that Bonds used performance enhancing drugs to bolster his power.

Bonds has denied those allegations.

Aaron’s biography at the Baseball Hall of Fame, where he earned induction in 1982, noted that he was “a consistent producer both at the plate and in the field, reaching the .300 mark in batting 14 times, 30 home runs 15 times, 90 RBI 16 times and captured three Gold Glove Awards en route to 25 All-Star Game selections.”

The Hall of Fame biography notes that 1957 was arguably Aaron’s best season. He hit .322 that year with 44 home runs and 132 RBI, captured the National League MVP Award, and led the Braves to their first World Series Championship since 1914.

The U.S. Postal Service once honored Aaron for receiving nearly 1 million pieces of mail, more than any non-politician.

On the 25th anniversary of Aaron’s 715th home run, Major League Baseball created the Hank Aaron Award, given annually to the players with the best overall offensive performances in each league.

The Baseball Hall of Fame opened a permanent exhibit in 2009 chronicling Aaron’s life. His childhood home was moved on a flatbed truck to the grounds of Hank Aaron Stadium, which was the home of the Mobile BayBears, a former minor league team, and opened as a museum in 2010.

“Through his long career, Hank Aaron has been a model of humility, dignity, and quiet competence,” former Atlanta Mayor and U.S. Ambassador Andrew Young noted in a statement. “He did not seek the adoration that is accorded to other national athletic heroes, yet he has now earned it.”