Remembering a champion of Black businesses

“I feel that a large part of my role as publisher of Black Enterprise is to be a catalyst for Black economic development in this country. When I can act as an instrument to make it happen for legitimate and reasonable people, I do it. I try to be helpful and put people together, whether it’s finding a candidate for a trustee position at Howard University or reaching out to the CEO of Motown Records to save a company that was at the forefront of Black economic development in the early days.”

As the nation’s preeminent civil rights organization dedicated to the economic empowerment of Black people, the National Urban League shares a mission with Black Enterprise magazine and its late founder and publisher, Earl G. Graves, Sr.

Founded in 1970, Black Enterprise has helped to launch and nurture the careers of two generations of African American professionals and innovators. Earl Graves was not just a chronicler of Black businesses and entrepreneurs, but a leader, and a role model for excellence in his own right.

Graves’ partnership with and support of the National Urban League was extensive and influential. Graves’ devotion to his three sons, Earl Jr., John and Michael, was a large part of the inspiration for the National Urban League’s Male Responsibility Campaign. The initiative, launched in 1985 by then-president John Jacob, was designed to educate young men about the importance of a father in a child’s life. 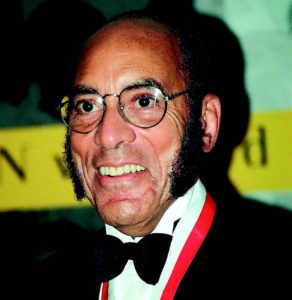 The following year, Jacob and Graves teamed up to persuade a national hotel chain, the frequent host of Black-themed conventions and meetings, to expand its advertising into Black-owned media. Born in 1935 to West Indies immigrants, Graves was seized by the entrepreneurial spirit early in his life, selling Christmas cards door-to-door in his Brooklyn neighborhood at the tender age of 6. His father’s struggle to move beyond blue-collar employment, despite a high school diploma, was a motivating force as he (Earl) pursued a college education. He graduated in 1957 from Morgan State University, whose business school now bears his name.

Graves served two years as an officer in the Army, then worked in various jobs before joining the presidential campaign of Lyndon Johnson in 1964. The next year he was appointed to the staff of U.S. Senator Robert F. Kennedy, for whom he worked until the senator’s assassination in 1968. He started Black Enterprise with a $250,000 loan, and turned a profit in a remarkable 10 months.

“Black Enterprise was just a modest magazine when I founded it,” he said. “Just me, a few brave advertisers like Pepsi, ExxonMobil and General Motors; and a small but spirited staff. And one other person who did just about everything there is to do to put out a magazine—my wife, Barbara.”

Over the years, Graves served on the boards of some of the nation’s most influential corporations, including American Airlines, Daimler Chrysler and Federated Department Stores. His endorsement of Barack Obama in the pages of the magazine was considered pivotal in Obama’s victory.

Graves demonstrated an almost perfect combination of intelligence, ambition, tenacity and passion in his career and in his personal life. His influence can be seen everywhere from the humblest small businesses to the c-suites of the nation’s most influential corporations. The Urban League Movement extends its deepest sympathy to his children and grandchildren and all who loved him.

Marc H. Morial is the president of the National Urban League.