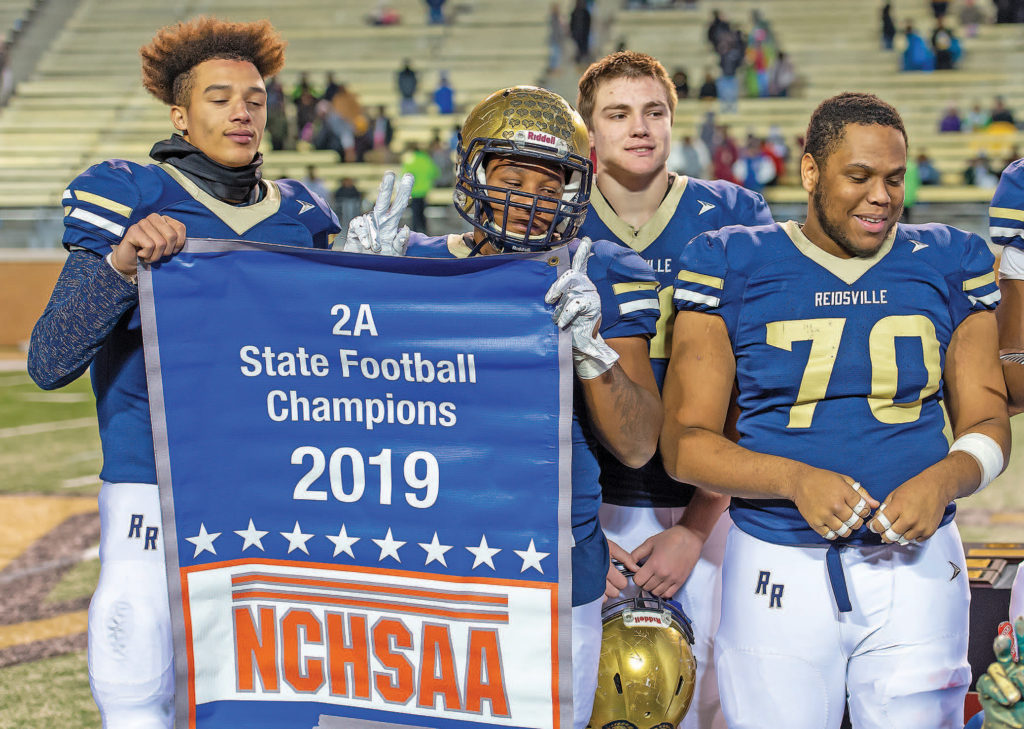 WINSTON-SALEM – The Reidsville Rams were dominant defensively and worked together just enough offense to overcome Northeastern of Elizabeth City for the second year in a row to win their 18th N.C.HSAA State Football Championship. The Rams nipped Northeastern just one year ago, a come from behind win, 31-28.

This year, the Rams jumped outfront early and rode a strong defensive effort to the championship. Lionel Long (senior) pounded his way into the end zone with 1:38 to go in the first quarter to put Reidsville outfront 7-0. Long was the workhorse for the Rams, carrying the ball 31 times for 156 yards and a single score. He was chosen as the game’s Most Valuable Player.

The only other touchdown in the game came in the closing minutes of the first half when Kyle Pinnix (junior) scampered 19 yards for a score to put the Rams up 14-0. Defensively, the Rams were led by senior free safety/wide receiver Jiheem Hooper who accounted for seven tackles. Junior Stevion Harrison also had a good outing for Reidsville with a pair of sacks in the game, helping his team to hold Northeastern to just 101 yards rushing.

Reidsville out gained the Eagles 324-135, and the Eagles were led by senior Holden Hodge who rushed 15 times to gain 54 yards. He also threw for 31 yards in the game. Northeastern finished the season 12-4 and 4-1 in the Northeastern Coastal 2A. The Eagles reached the State Championship game for the third time in program history.