Rebellious to debut at Triad Stage 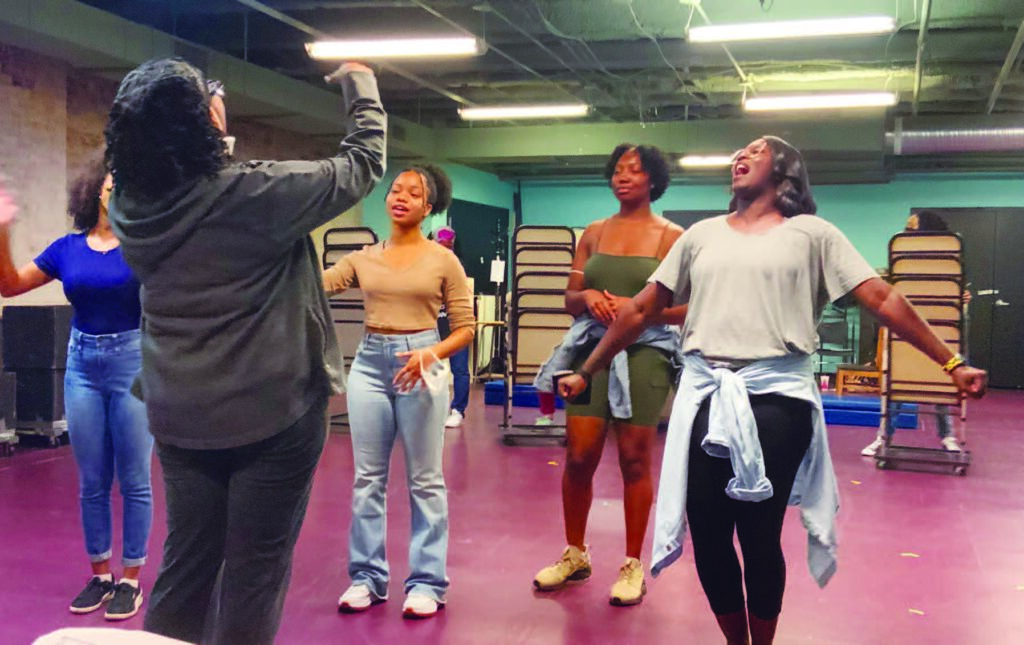 The Greensboro History Museum will host Bennett Belles who took part in the 1960 Sit-ins during a live History Notes podcast at 2 p.m., Sunday, September 25, at the Upstairs Cabaret, Triad Stage, 232 S. Elm St.

History Notes is a technology-enriched educational resource, an innovative podcast series that connects past experiences with today’s learner. Host Rodney Dawson talks to historians about events that shaped life in the city – and to Greensboro’s own history makers.

Dawson is also the Curator of Education at the Greensboro History Museum.

“When you look up the Greensboro sit-ins, there is a lot of information on The A&T Four. But we also know that the Bennett Belles played a significant role as well,” said Dawson, who added that part of why he took the role here as Curator of Education is to tell the stories of underrepresented and marginalized people.

Sunday’s show will also share never-heard-before stories of support they received from the community, parents, professors and then-Bennett College President, Dr. Willa B. Player, and how they played integral parts in the students’ success in and outside of the classroom.

“What people will learn is that they were strategically involved in the movement. Everything about the movement was strategic and planned. From picking the F.W. Woolworth’s as the target spot to how many people would sit-in daily and how they would continue to do their classwork,” said Dawson. He added that although it has been more than 60 years, their story continues to need to be told for generations to come.

“Greensboro is underrated. I call it ‘the social justice beacon of the world.’ Greensboro was looked at as a leader of the Civil Rights Movement. Why was this different than other movements and sit-ins before this? I think it was because how strategic every step was. But this story continues to need to be told. Because while some things have improved for the Black community, a lot of things have just been disguised by other systems in place,” he said.

After the podcast, guests can see a preview of Triad Stage’s world premiere of Rebellious by North Carolina playwright Mike Wiley. This production follows four Bennett Belles through the Sit-in Movement as they navigate the complexities of friendship, their growing sense of self, and the brutal racism that they faced daily.

Mitchel Sommers, executive director of Triad Stage noted that Rebellious will be the theatre’s opening play after being closed for two years because of the pandemic.

“This is so fitting because we have this renewed vision to gather and tell more stories of people from our community, from all walks of life. This story being based on the women of the movement, when normally the stories from the movement have been focused on the men, is unique. It’s nice to tell the women’s story from such an important time in our history,” said Sommers.

This event is free and open to the public.

The play will run from October 4-23 and ticket information can be found at www.triadstage.org.